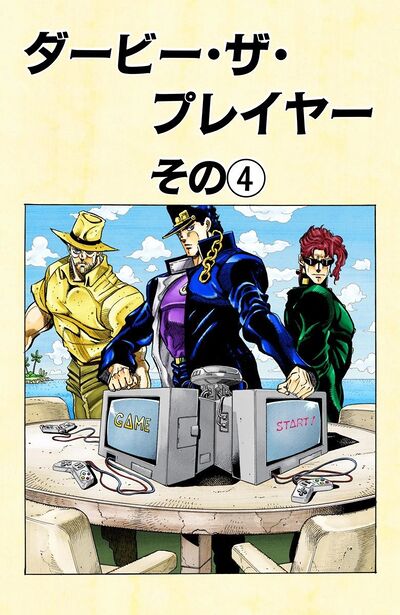 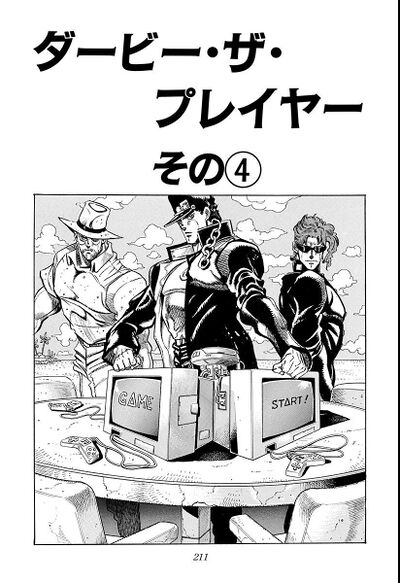 Due to Atum's strong grip on Jotaro's arm, the group has no choice but to face off against Telence in a video game competition. Understanding the situation, Jotaro decides he will accept Telence's challenge. However, Telence declares that he will fight Kakyoin first. Kakyoin, confident in his video game skills, agrees and picks F-Mega as their medium of battle. Kakyoin wagers his soul, in return Telence wagers his grip on Jotaro. Joseph checks the console and television with his Hermit Purple and declares them to be clean. The two start the game, both picking Car A as their racer. They pick their numbers and choose Stage 1, beginning the race. Before the cars go, Telence mashes the accelerator button giving him a boost in initial speed. The cars go and Telence jets ahead, blocking Kakyoin from passing. Because they have identical cars with identical stats it should be impossible for Kakyoin to pass, but by rotating the d-pad Kakyoin is able to perform a spin attack. With this Kakyoin once again has a chance at victory.