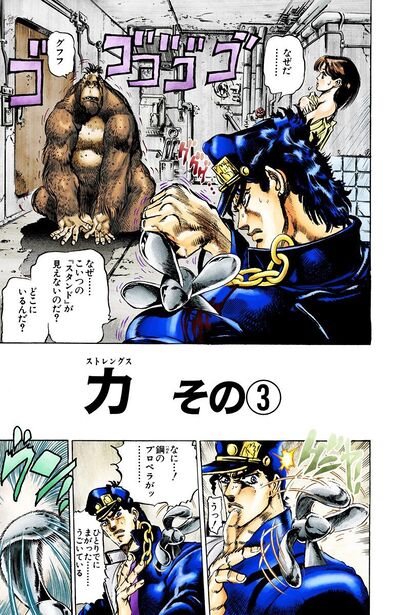 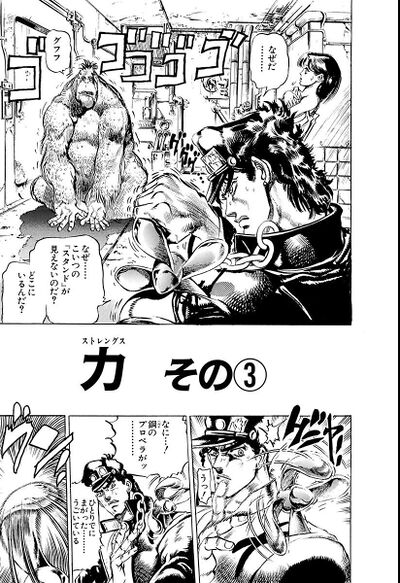 Strength, Part 3 ( その③, Sutorengusu Sono 3), originally The Eighth Tarot Card (8番目のタロット・カード, 8-banme no Tarotto Kādo) in the WSJ release, is the nineteenth chapter of Stardust Crusaders and the one hundred thirty-second chapter of the JoJo's Bizarre Adventure manga.

Author's Note
“
There's this house in my neighborhood that has a monstrous 2-meter-tall bird in an iron cage. It's so eerie.
”
—Hirohiko Araki
“
近所に２もある怪鳥を、鉄の檻に入れて、飼ってる家がある。不気味～なのです。
”
—Hirohiko Araki