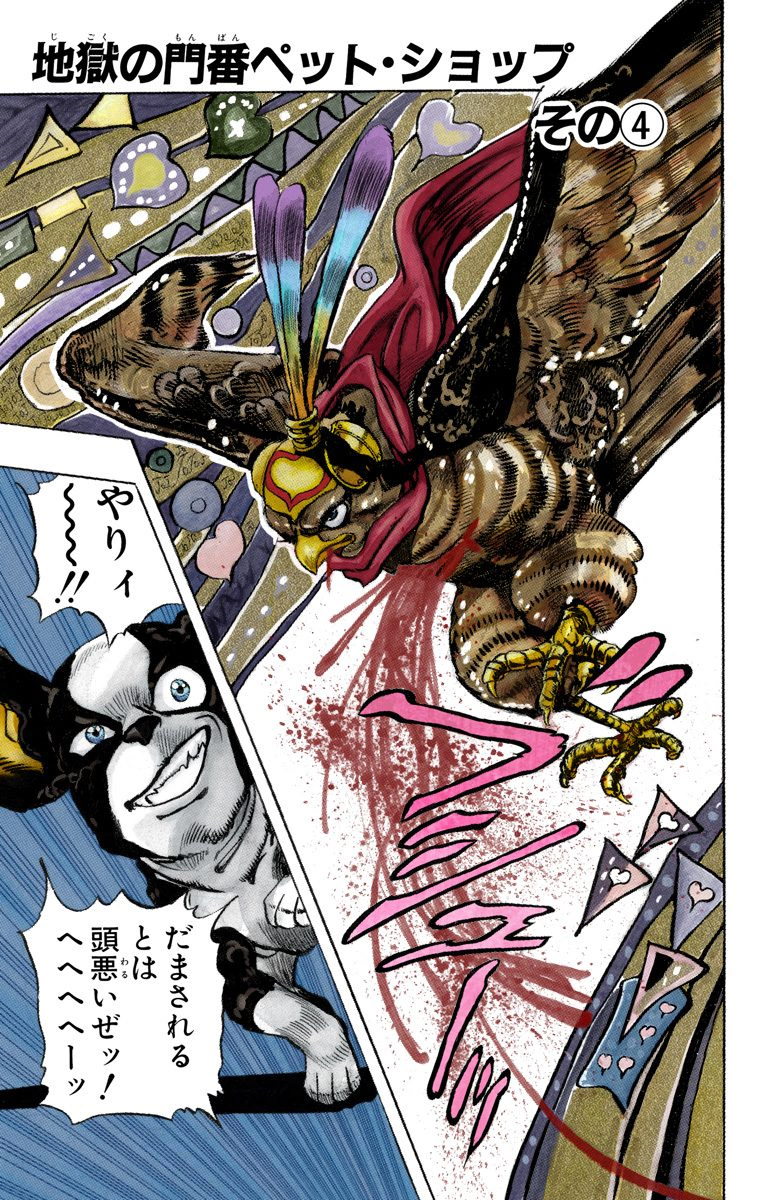 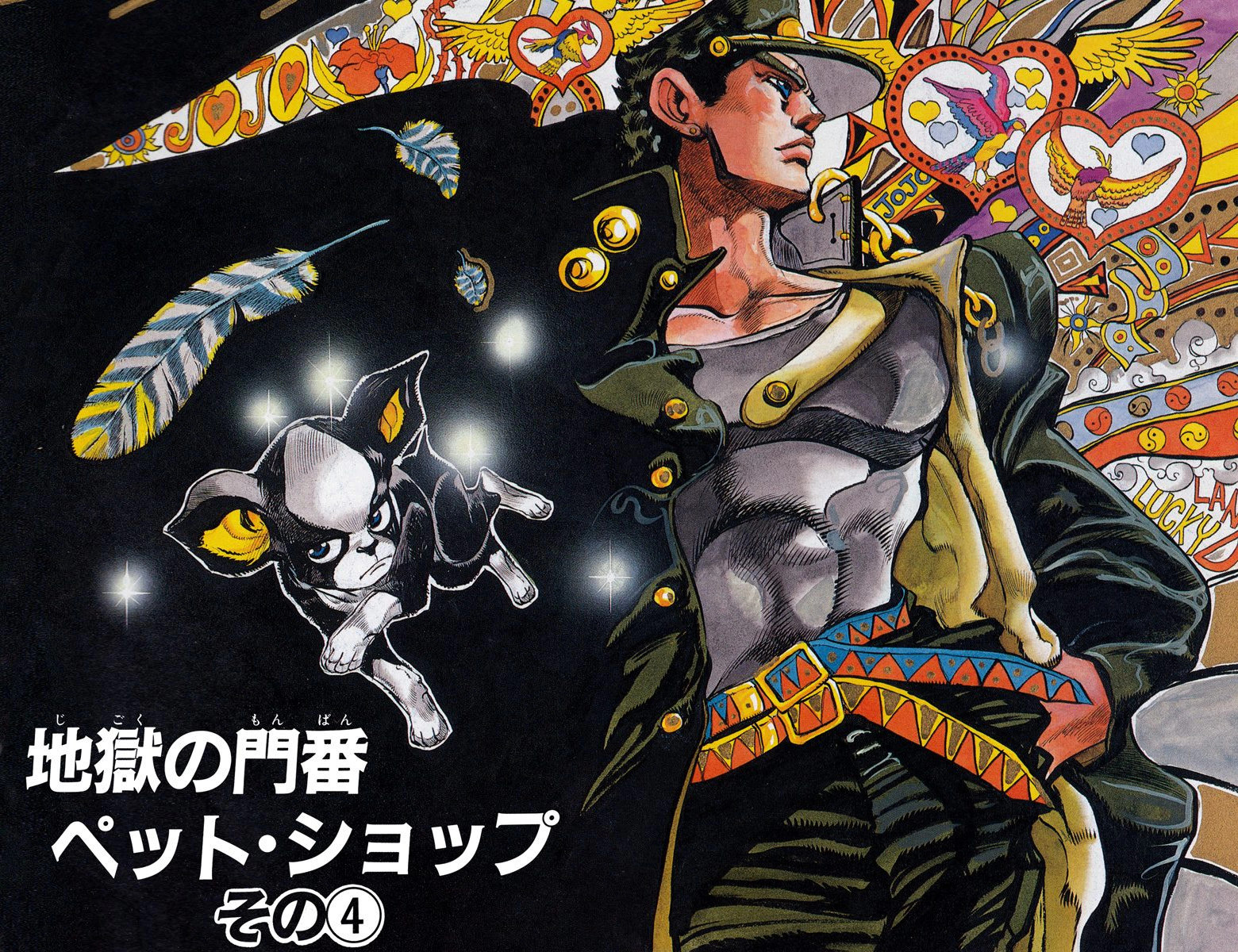 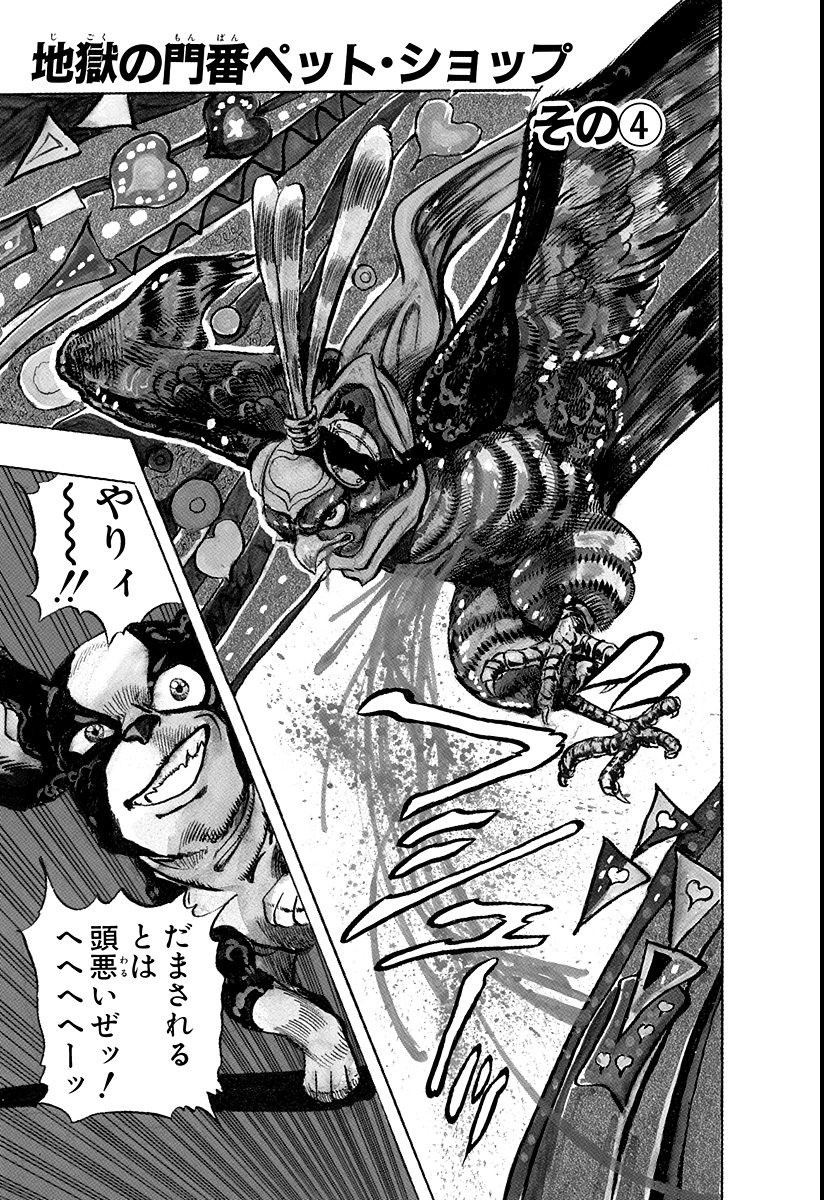 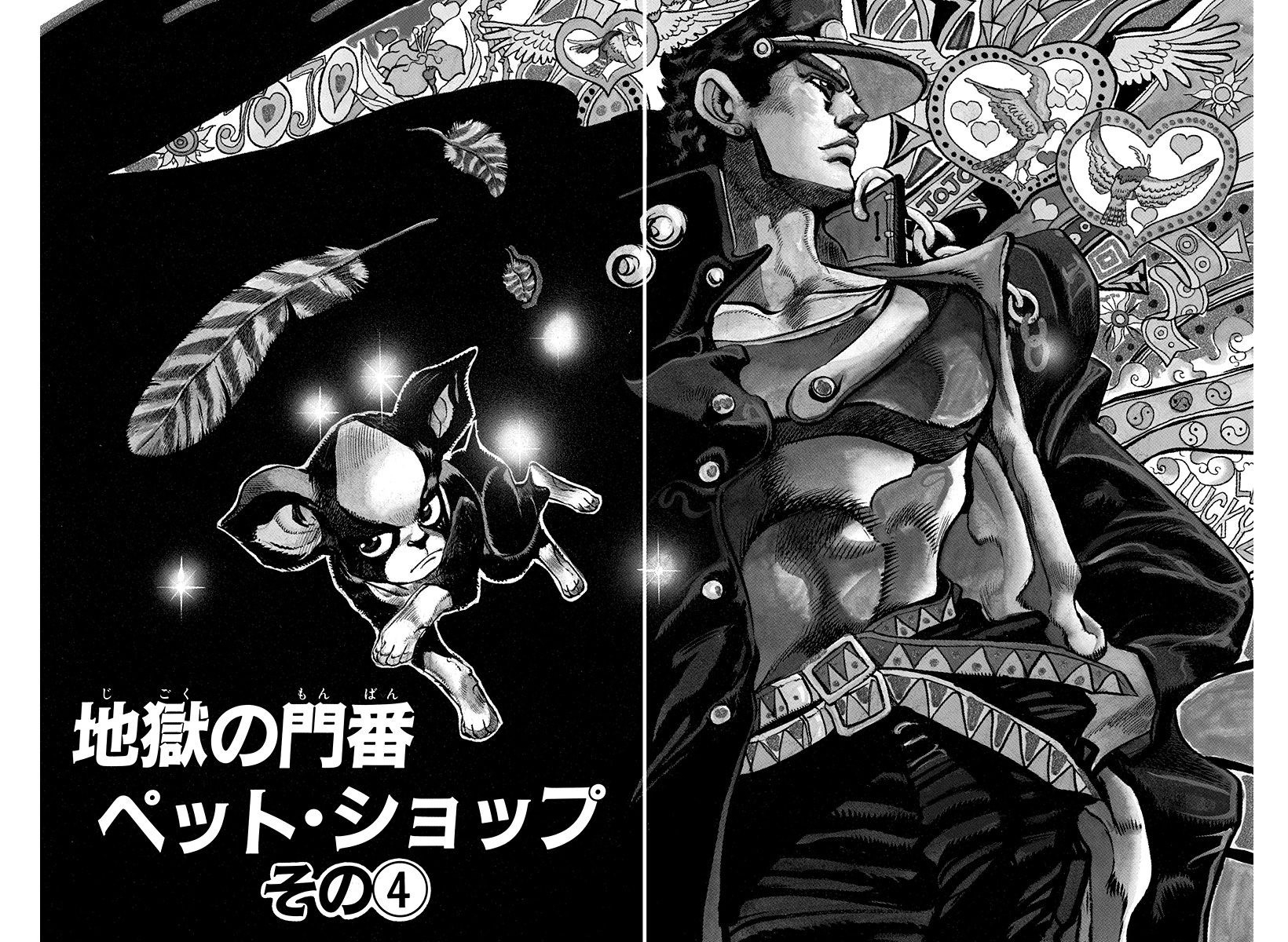 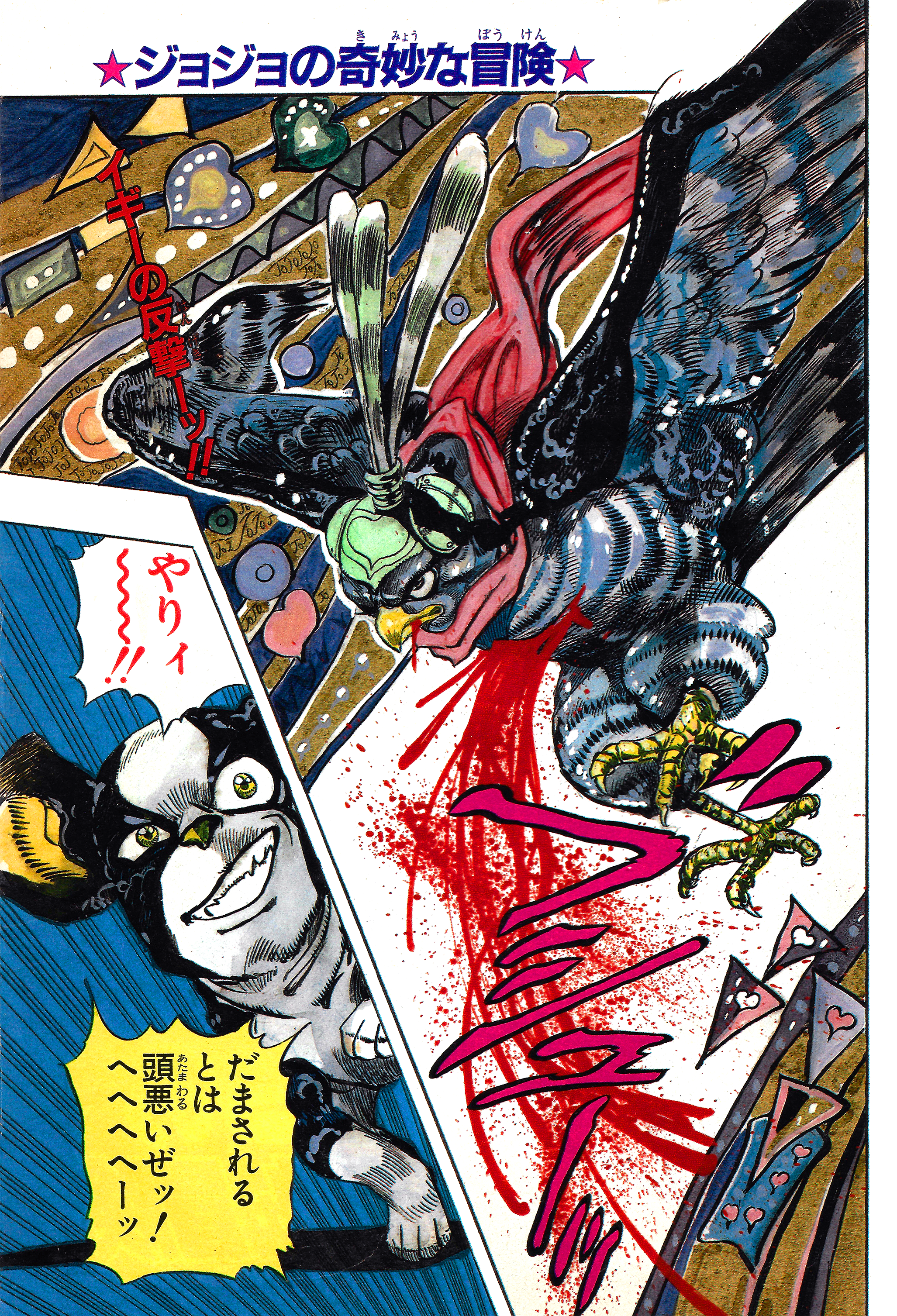 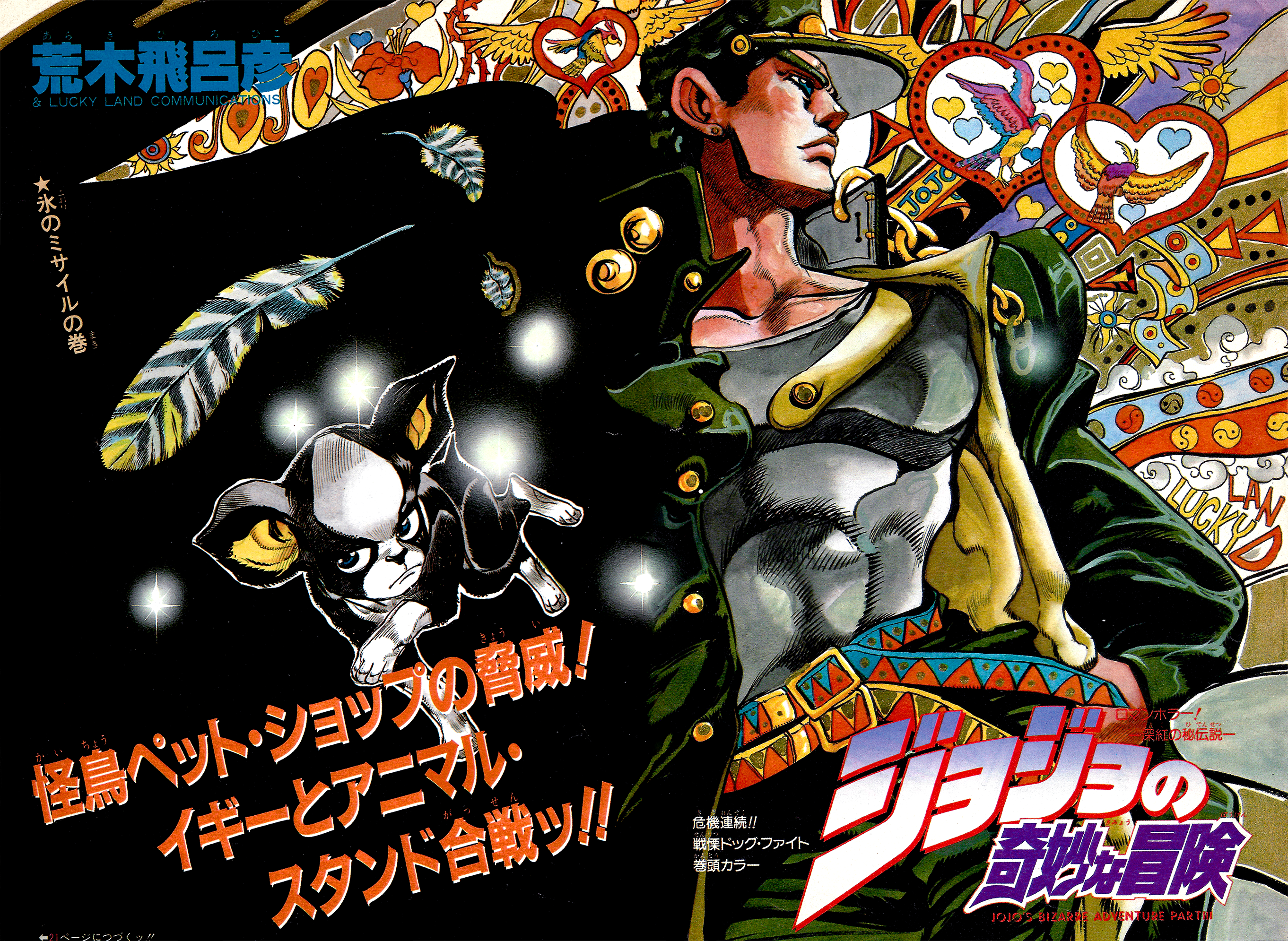 The Gatekeeper of Hell, Pet Shop, Part 4 (地獄の門番ペット・ショップ その④, Jigoku no Monban Petto Shoppu Sono 4), originally The Ice Missile (氷のミサイル, Kōri no Misairu) in the WSJ release, is the one hundred twelfth chapter of Stardust Crusaders and the two hundred twenty-fifth chapter of the JoJo's Bizarre Adventure manga.