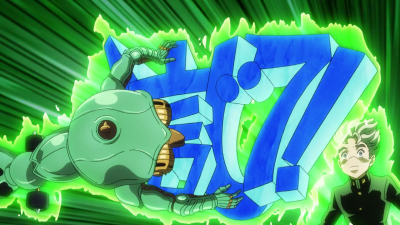 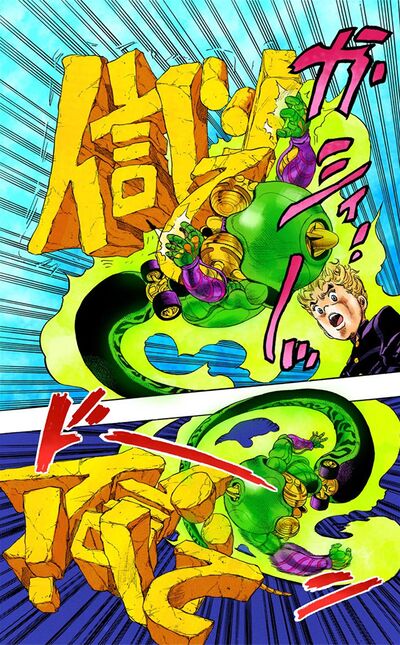 It narrates the misadventures of Koichi who encounters the extortioner Tamami Kobayashi and Koichi's development of Echoes.

Jotaro, perceived as the greater threat, is warned by the user of Red Hot Chili Pepper to leave Morioh.

Koichi and Okuyasu are extorted by Tamami Kobayashi whom wields the Stand The Lock. However, when Josuke exposes his scam, Tamami flees. Tamami then draws in Koichi's mother and sister, and provokes the hatching of Koichi's Stand into Echoes which can implant sounds into objects and people. When Koichi manages to lift his mother's guilt, Tamami surrenders to Koichi.[1]