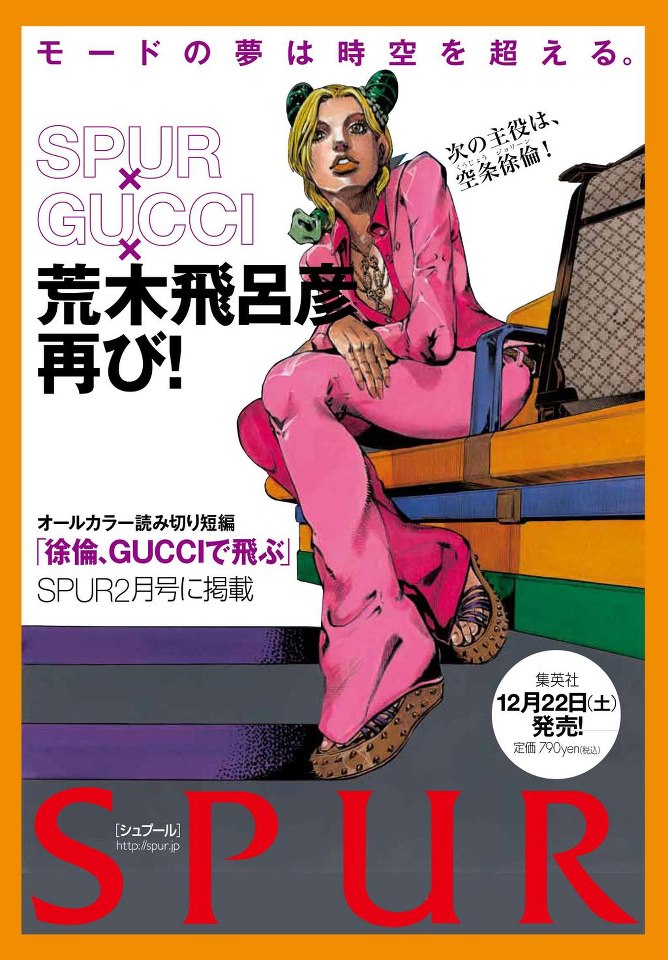 Jolyne, Fly High with GUCCI (徐倫、GUCCIで飛ぶ, Jorīn, Gutchi de tobu) is a full-color one-shot manga featured in the February 2013 issue of Shueisha's women's fashion magazine, Spur on December 22, 2012. It is the second JoJo-related one-shot published in Spur.[1]
The one-shot was made in collaboration with creative director Frida Giannini of Gucci and was inspired by her 2013 Cruise collection.[2] 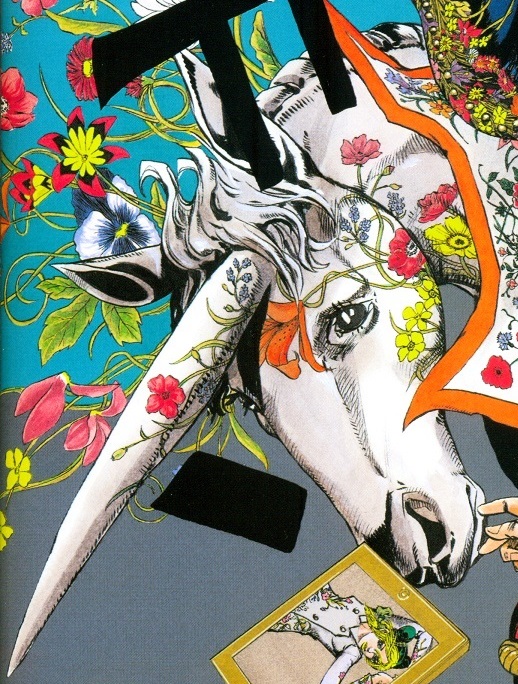 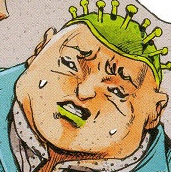