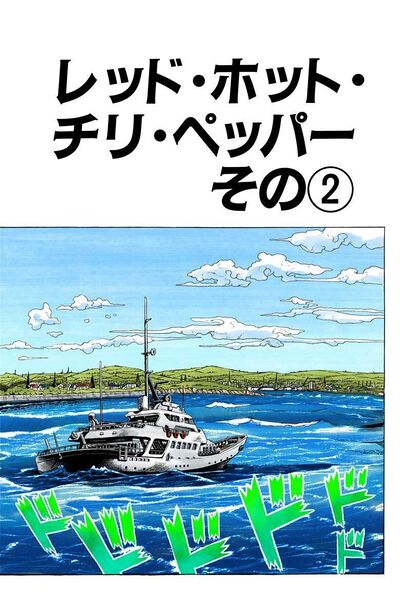 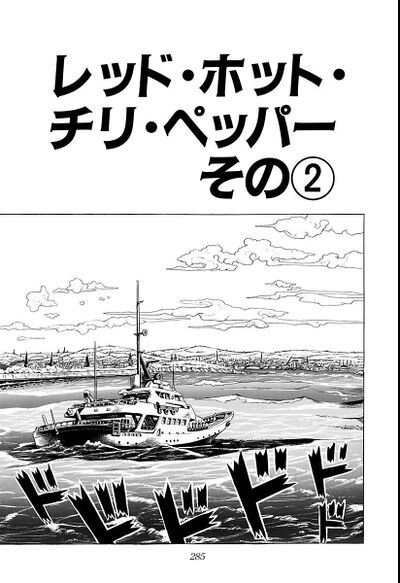 Josuke, Okuyasu, and Koichi meet on a deserted park. Okuyasu then asks why they've been summoned here, and Josuke reveals that it has to do with Red Hot Chili Pepper. Okuyasu then becomes more serious and asks what is happening, only for Josuke to say that it went to his house last night. Okuyasu begins to argue with Josuke, asking why he didn't reveal that sooner, but Jotaro barges in, telling everyone that he told Josuke to remain silent and that they are meeting in the middle of nowhere so that Red Hot Chili Pepper doesn't spy on them. Jotaro then tells the group that someone able to track Red Hot Chili Pepper is coming in town through the port. However, that person is old and feeble and needs protection since they will be a target for the enemy. Suddenly, Red Hot Chili Pepper appears out of the battery of Okuyasu's Motorbike, and having heard everything, proceeds to flee on Okuyasu's motorcycle.

Okuyasu intervenes and cuts away space with The Hand, teleporting himself on his motorcycle.