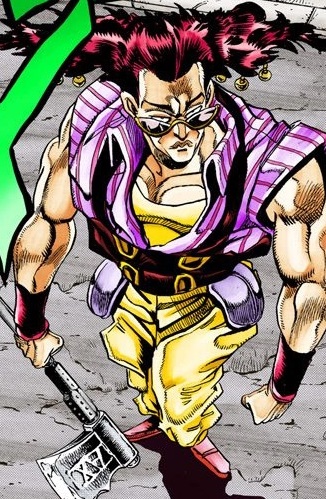 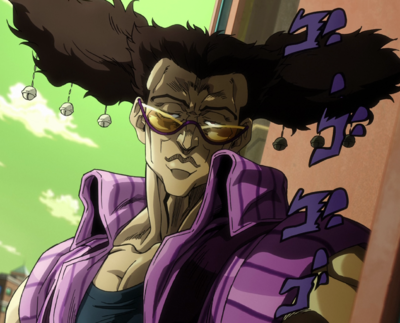 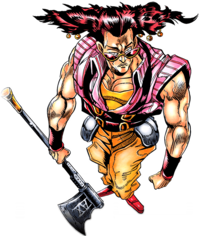 Alessi is a man of short stature and height, depicted as little more than a foot taller than an average child, and dwarfed by Jotaro and Polnareff. His biggest hallmark is his bizarre hairstyle, which resembles a dust mop with decorative beads hung underneath. He wears a loose-fitting dress shirt that conceals his weapon of choice: an over-sized hatchet engraved with the letters "Ax". Over his shirt is a pair of suspenders attached to a belt that holds two pouches.

Alessi also wields a Stechkin APB pistol with a non-standard underbarrel rail and suppressor, which he fires eight times at Polnareff before re-holstering it and never using it again.

Despite this cowardice, he has an odd sense of pride in his work and will go out of his way to take revenge on those who humiliate him, even if it leaves him vulnerable. Alessi also seems to take immense gratification in attacking defenseless women and children, showing no signs of compassion or remorse in actions. Unsurprisingly, his relationship status remains "single."[2]

The mercenary takes odd leaps of "logic" to rationalize his sadism and creepiness, which he seems to acknowledge and deny at the same time (employing what could be considered doublethink), claiming that "people who always say that they are weird aren't actually weird... So I'm not weird."

His Stand Sethan is named after Set, the Egyptian God of Tornadoes and Storms. The fact that the Ancient Egyptians considered Set the embodiment of evil may have also played a role in the naming of the Stand of such a twisted and malicious personality. 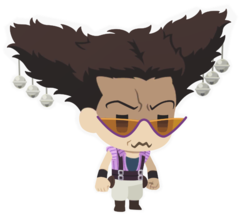