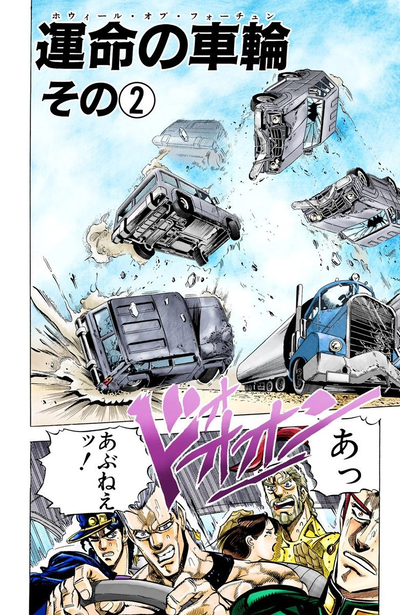 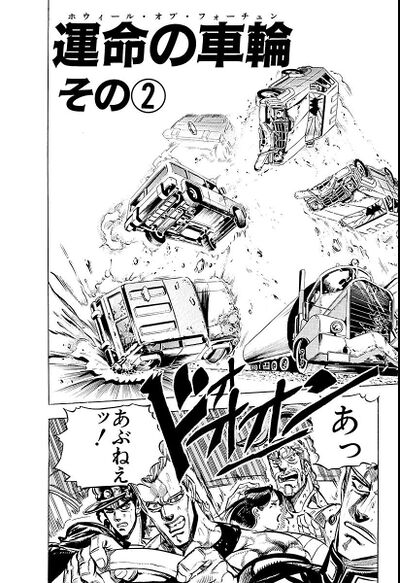 Author's Note
“
It's been 3 years since the series began! We've exceeded 150 chapters! Each month went by in the blink of any eye.
”
—Hirohiko Araki
“
連載をはじめて、まる3年！150回突破しました！月並だけど長いようで短かった
”
—Hirohiko Araki