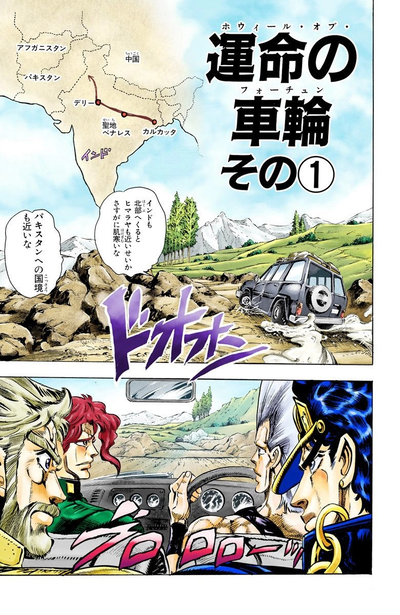 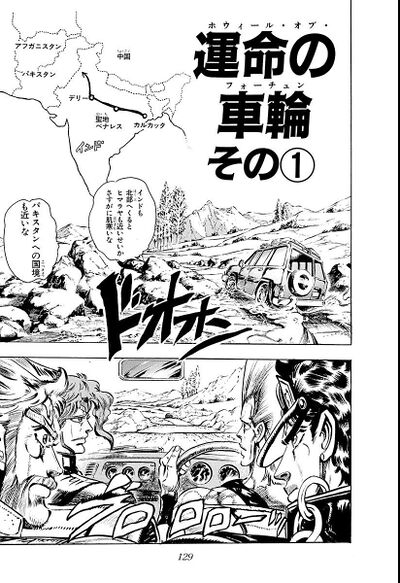 Wheel of Fortune, Part 1 ( その①, Howīru obu Fōchun Sono 1), originally Passing Towards Death (死への追い越し, Shi e no Oikoshi) in the WSJ release, is the thirty-seventh chapter of Stardust Crusaders and the one hundred fiftieth chapter of the JoJo's Bizarre Adventure manga.