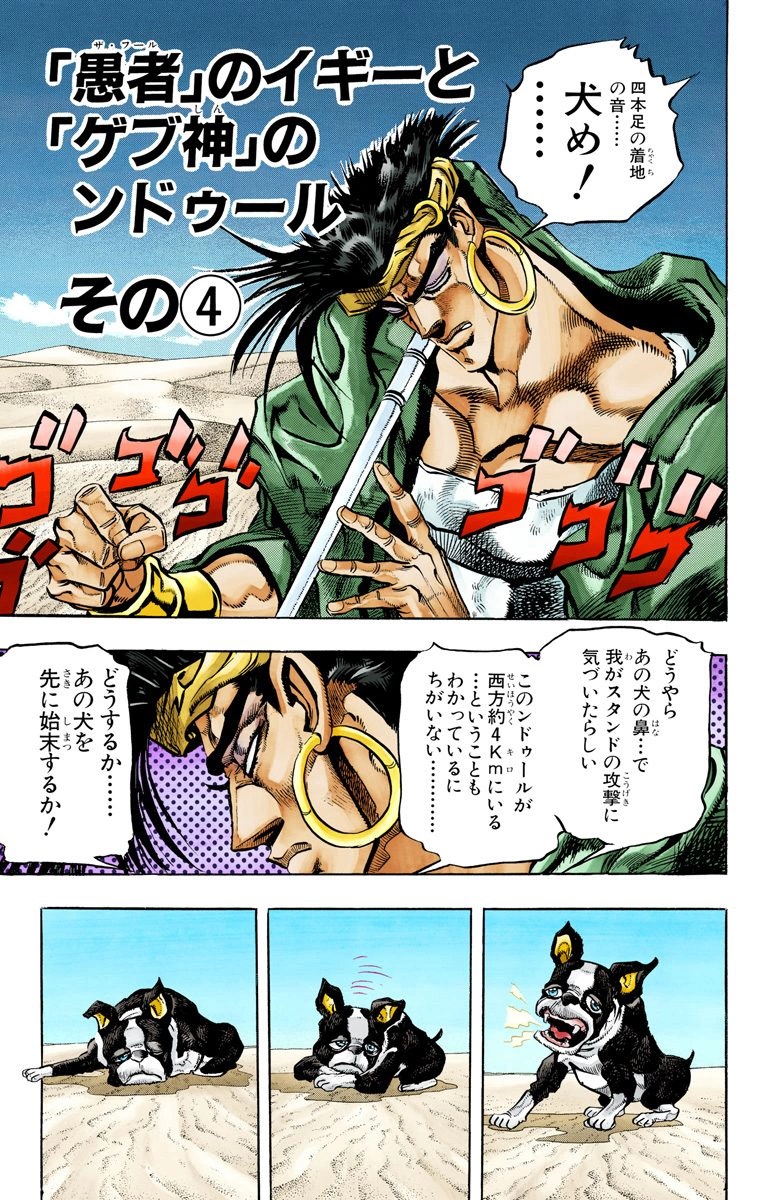 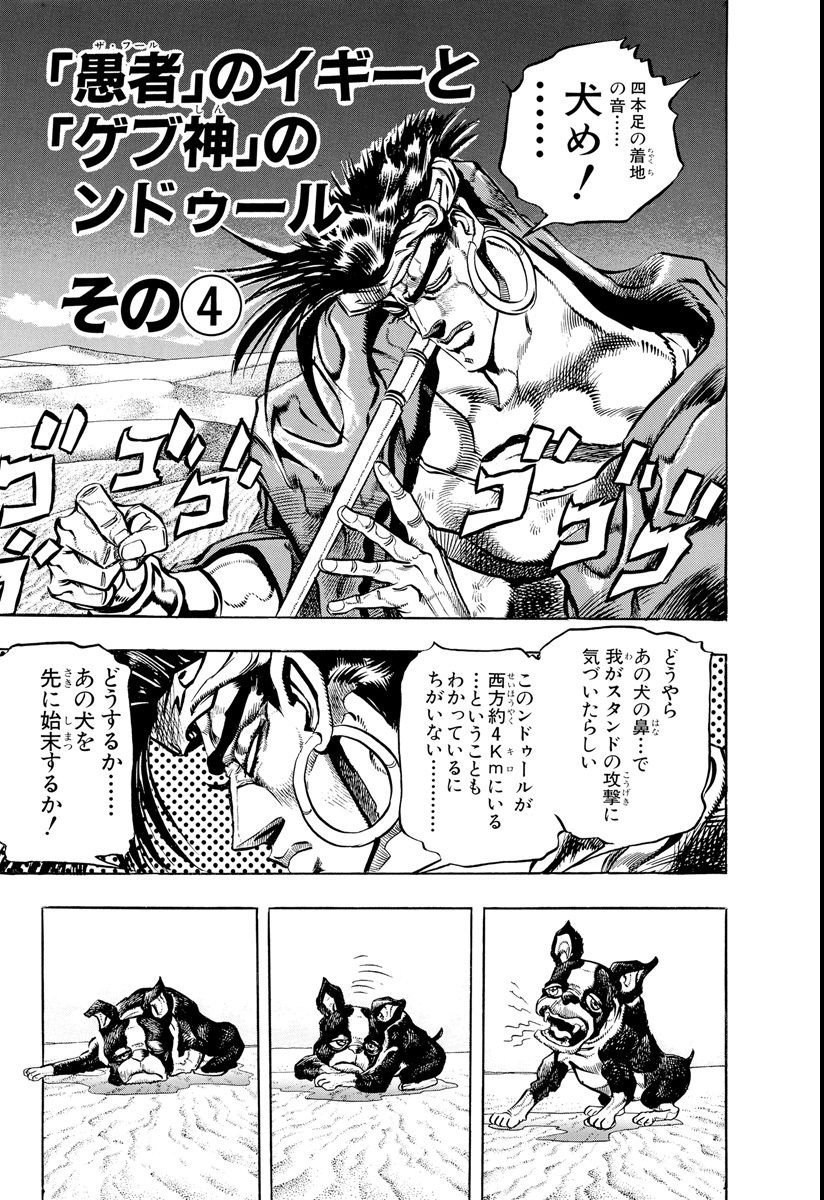 "The Fool" Iggy and "Geb" N'Doul, Part 4 (「」のイギーと「ゲブ神」のンドゥール その④, 'Za Fūru' no Igī to 'Gebu-shin' no Ndūru Sono 4), originally Sound vs. Scent (音v.s.臭い, Oto v.s. Kusai) in the WSJ release, is the seventy-third chapter of Stardust Crusaders and the one hundred eighty-sixth chapter of the JoJo's Bizarre Adventure manga.