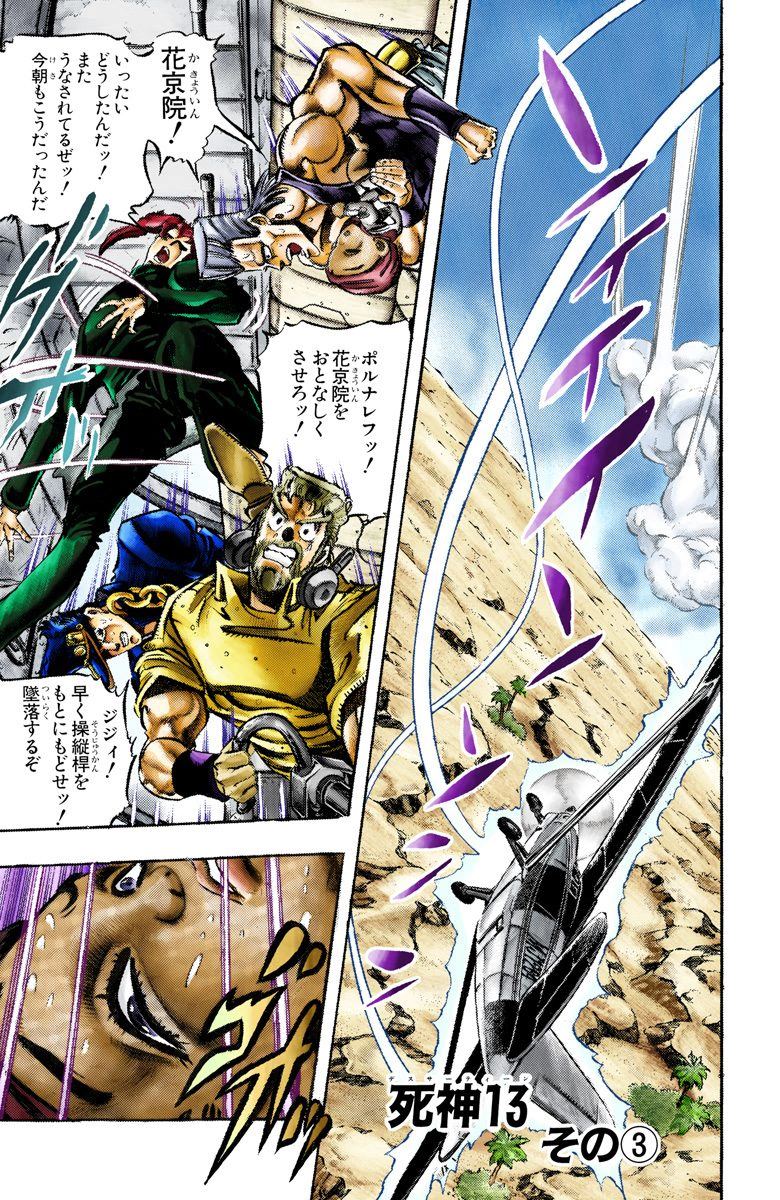 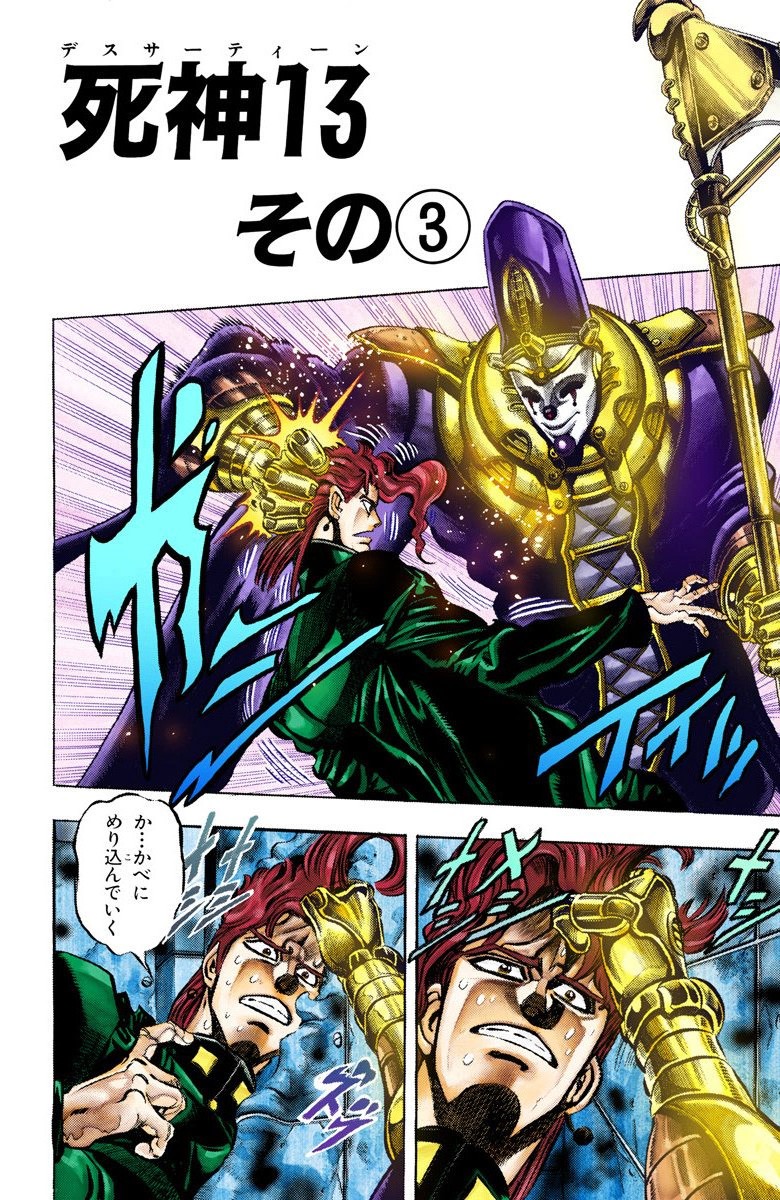 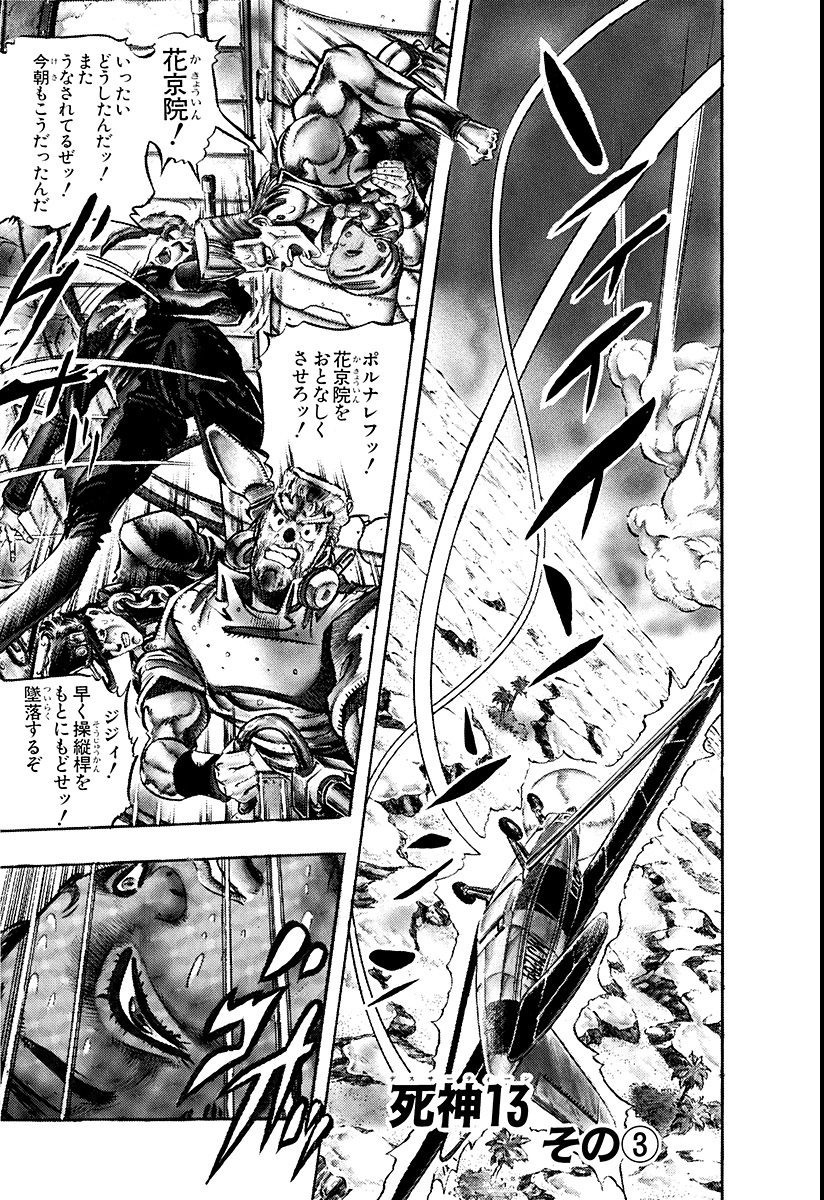 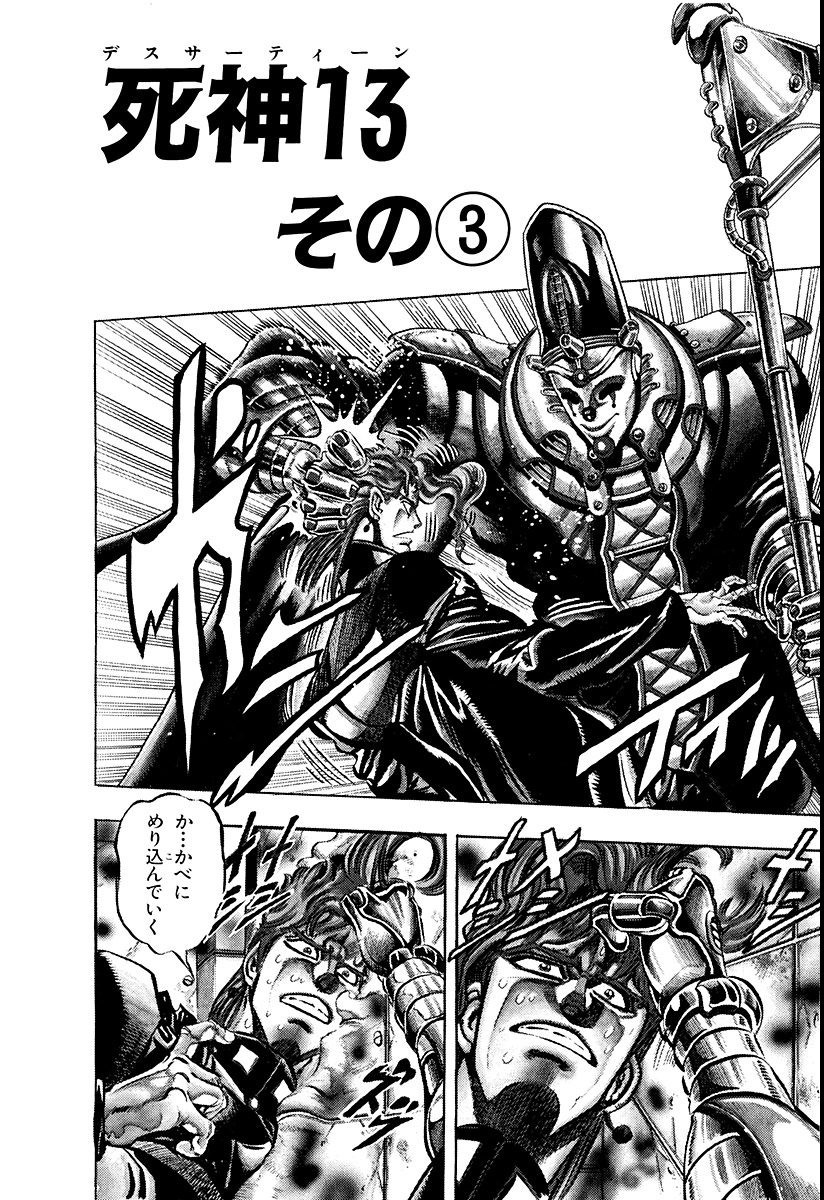 Joseph uses Hermit Purple to stabilize the plane. The attempt is successful, but they crash because of a coconut. Jotaro calls the rescue team with the radio of the plane. Kakyoin is tired and finds a scar in his arm that says : "Baby Stand". He understands that it's him whose hurting himself and suspects the baby to be a Stand user. Jotaro and Polnareff think that Kakyoin is becoming mad.