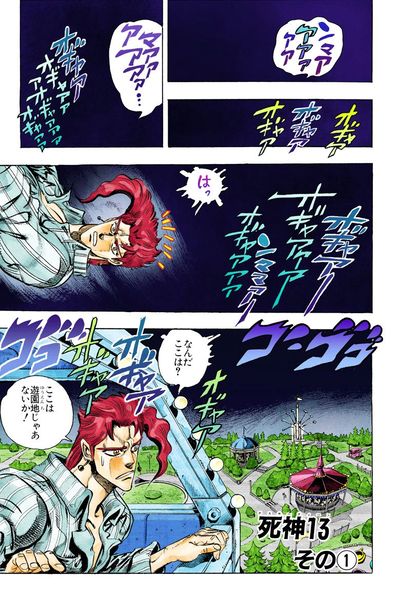 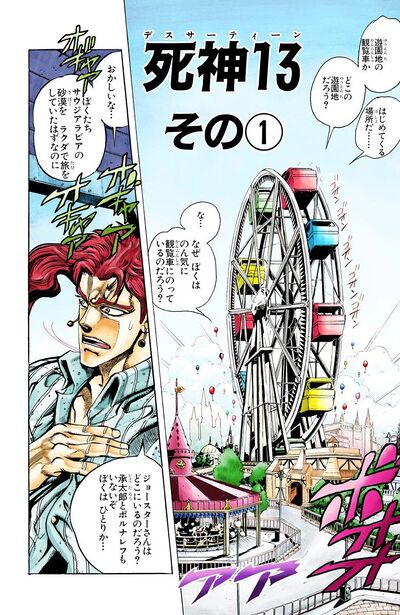 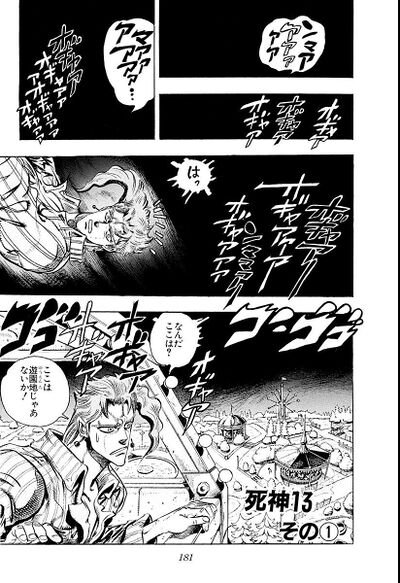 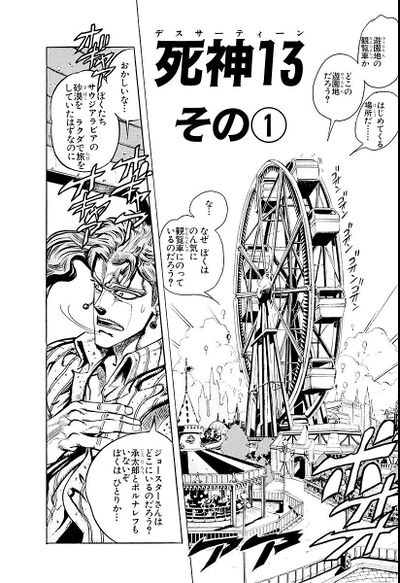 Death Thirteen, Part 1 ( その①, Desu Sātīn Sono 1), originally Death Thirteen of Dreams (夢の, Yume no Desu Sātīn) in the WSJ release, is the fifty-fifth chapter of Stardust Crusaders and the one hundred sixty-eighth chapter of the JoJo's Bizarre Adventure manga.

In the morning, Kakyoin awakes in a panic, but does not remember his nightmare. He finds his hands still bleeding. He and Polnareff come out of the hotel and find the dog dead. Meanwhile, Jotaro and Joseph are at the airstrip trying to purchase a plane. The man who owns the plane does not want to sell it because a baby is sick. Another plane is damaged and two others are out on errands for two days. A women with a niqab gives the idea to let the baby come with the group. Both the plane seller and Joseph are opposed to that idea, but Polnareff is fine with bringing the baby because there's no way they can get attacked by an enemy Stand user at the height and speed they will be going. When the group flies off in the plane, the woman is relieved the baby is gone because it looked scary. On the plane, Kakyoin is already asleep and Polnareff also decided to take a nap. Polnareff suddenly finds himself with Kakyoin in an amusment park, with no Joseph and Jotaro. Kakyoin realizes it's the same dream from before.

Author's Note
“
I went to buy some books on babies and childcare to use as material for my manga. It was very embarrassing.
”
—Hirohiko Araki
“
漫画の資料にと、赤ちゃん、育児に関する本を買いにいったなんだか恥しかったョ
”
—Hirohiko Araki