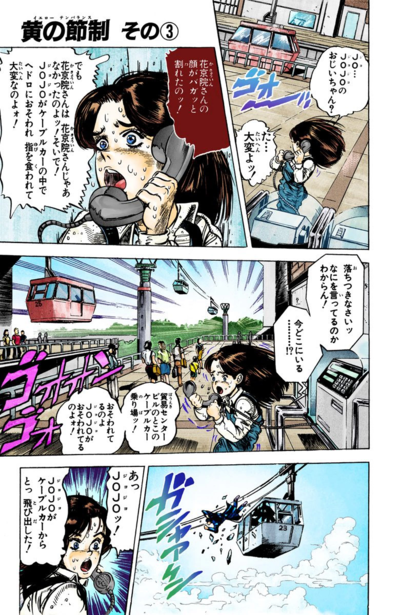 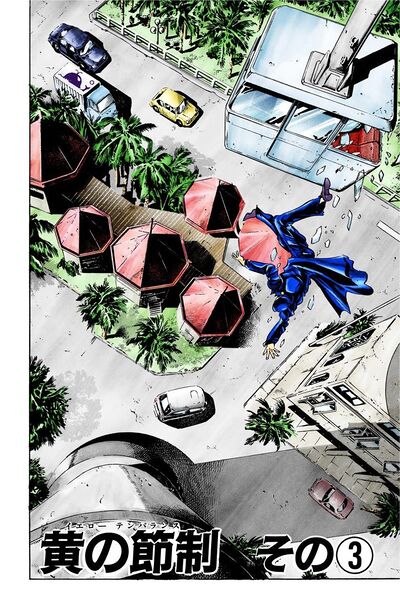 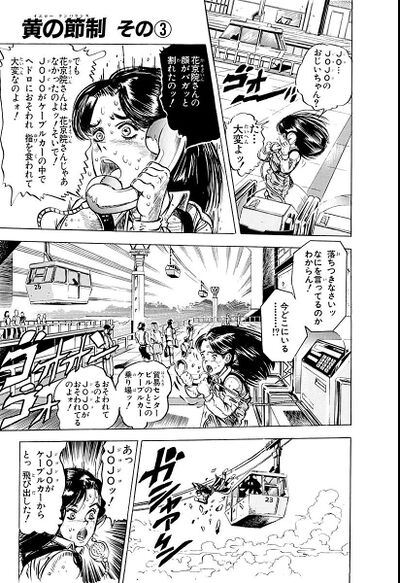 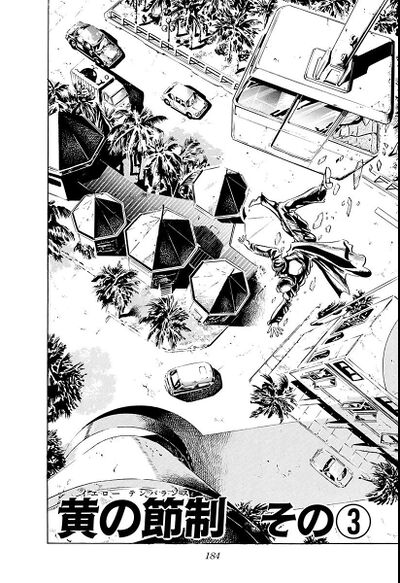 Yellow Temperance, Part 3 ( その③, Ierō Tenparansu Sono 3), originally An Invincible Stand?! (無敵のスタンド!?, Muteki no Sutando!?) in the WSJ release, is the twenty-fifth chapter of Stardust Crusaders and the one hundred thirty-eighth chapter of the JoJo's Bizarre Adventure manga.

Author's Note
“
My first favorite book was "Prophecies of Nostradamus". It's really made me think a lot about how the 20th century's coming to an end.
”
—Hirohiko Araki
“
最初の愛読書はノストラダムスの『大予言』。20世紀も終り坂づいた今考えさせられる
”
—Hirohiko Araki