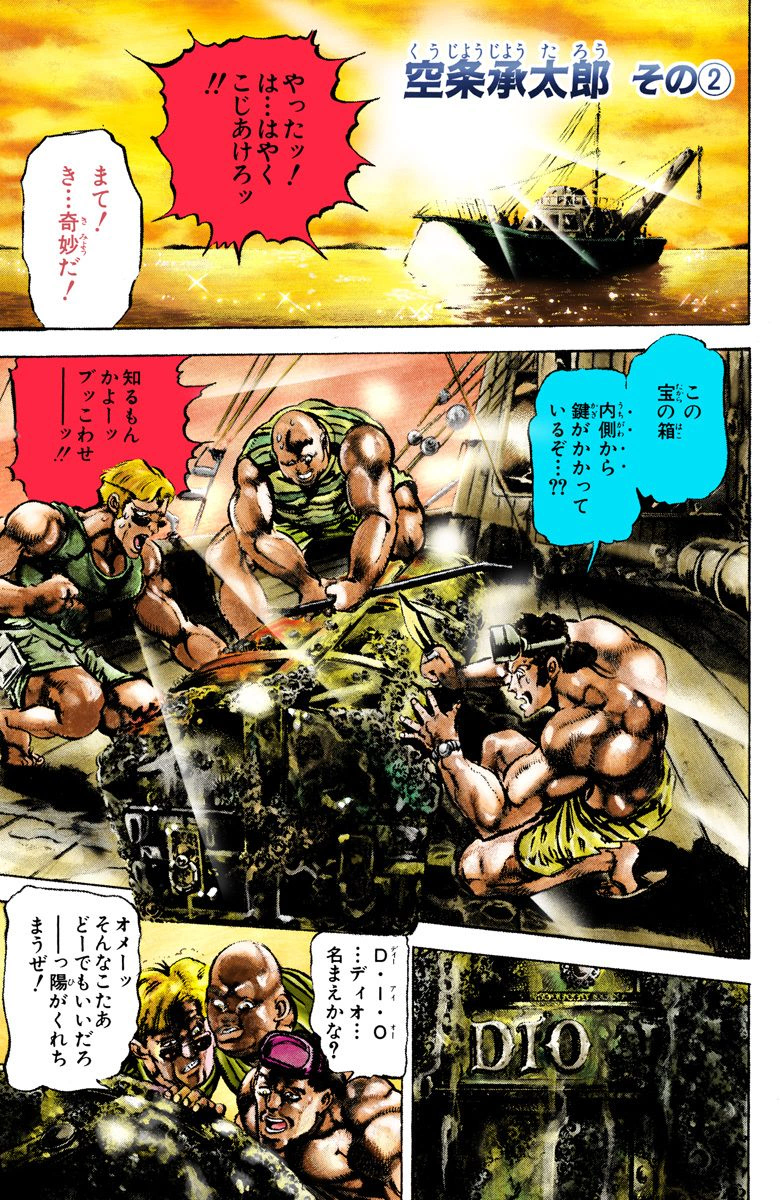 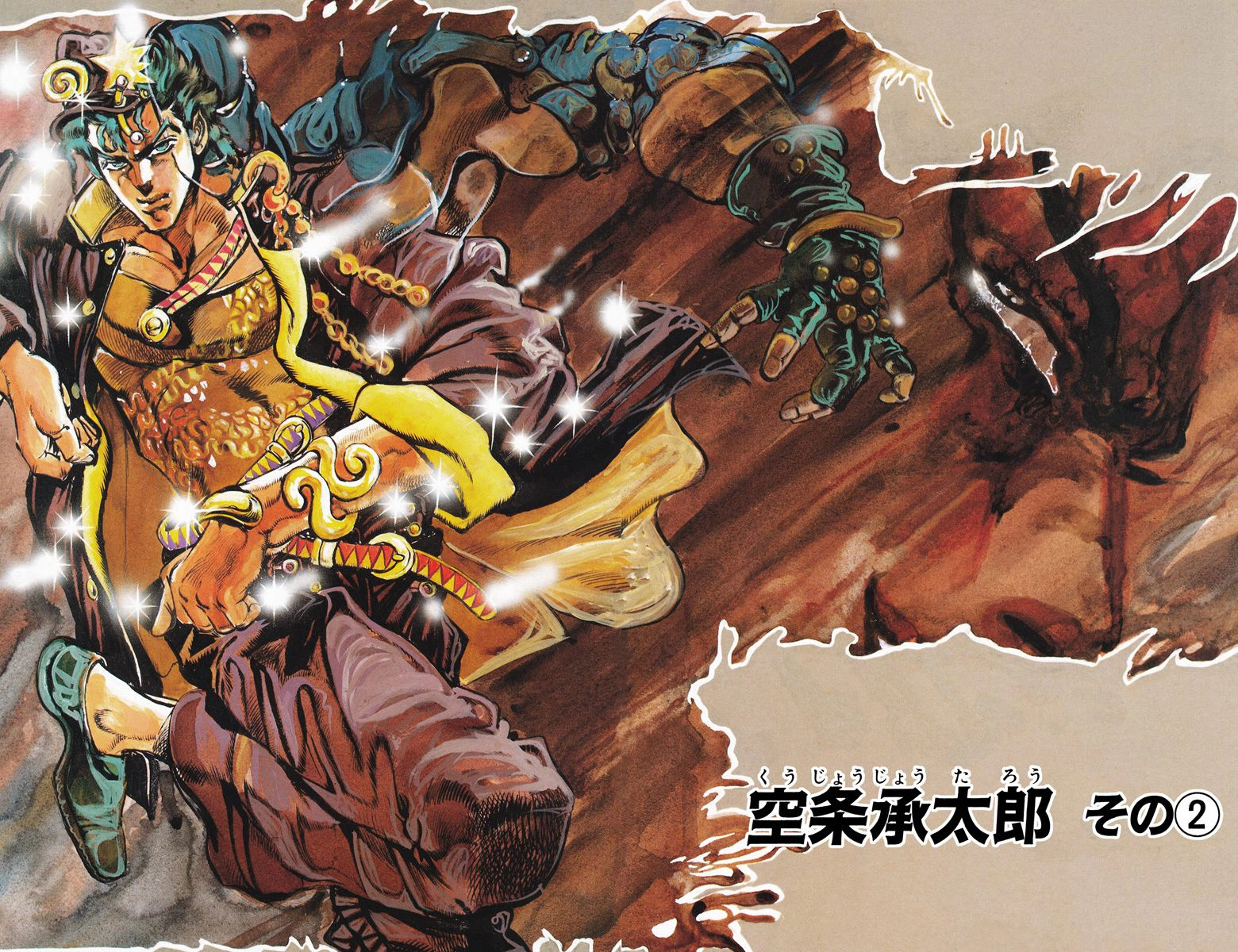 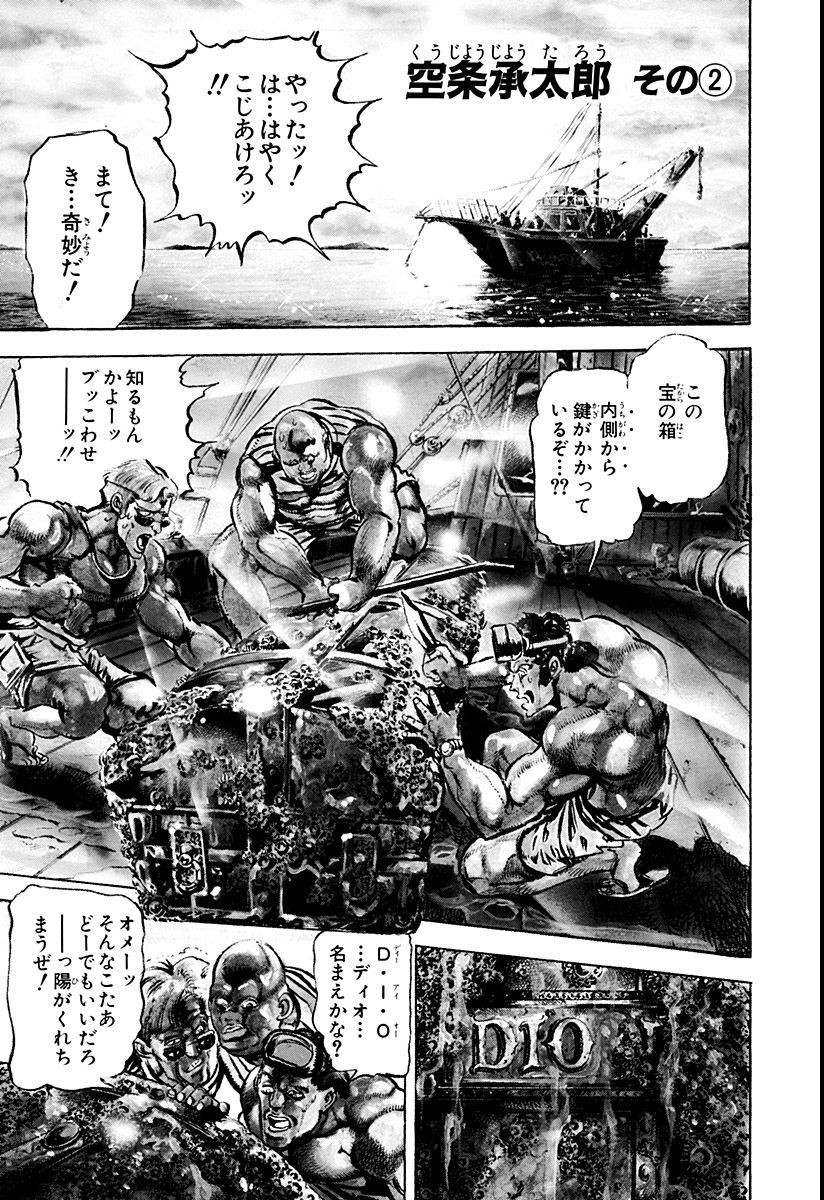 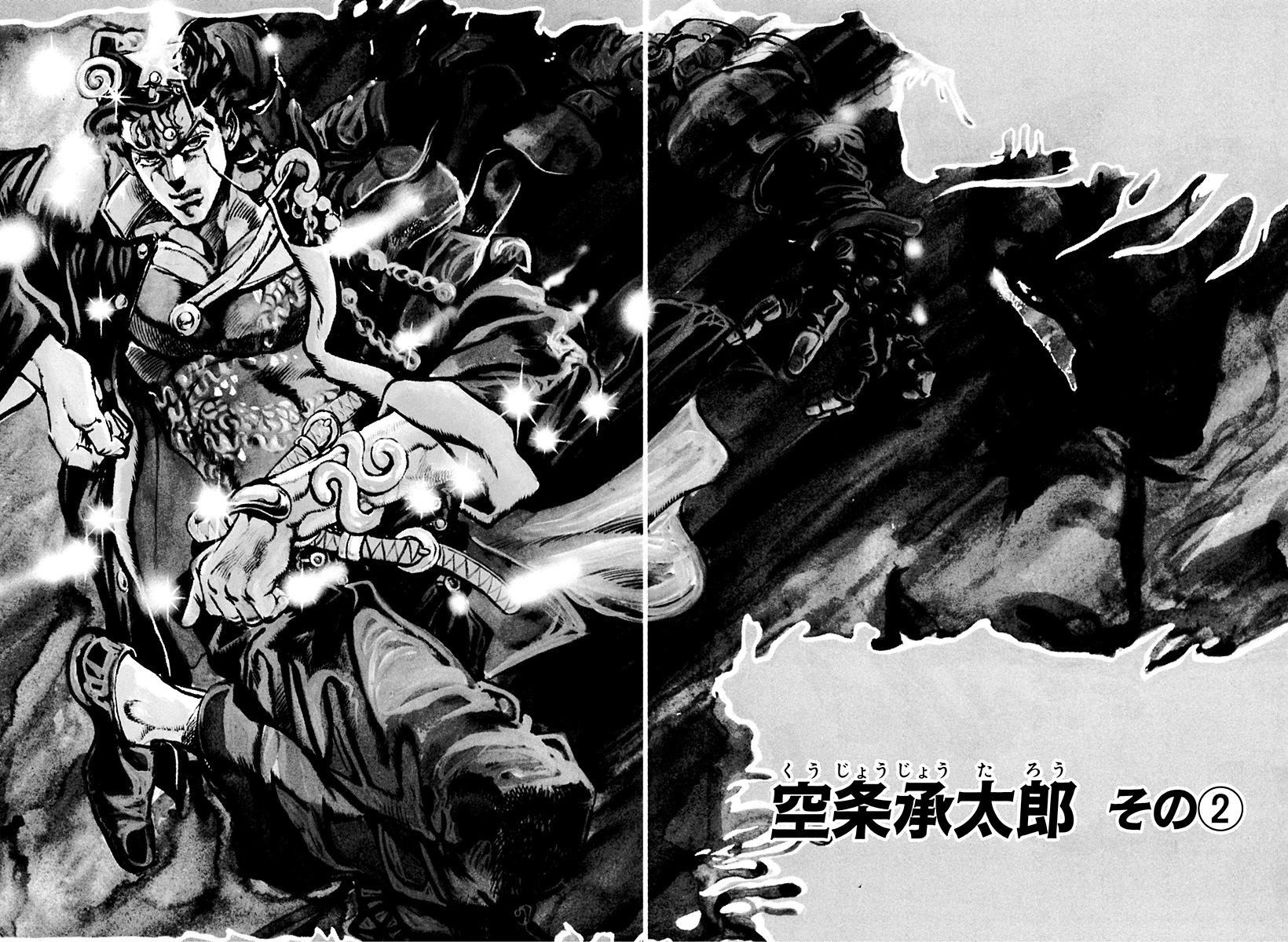 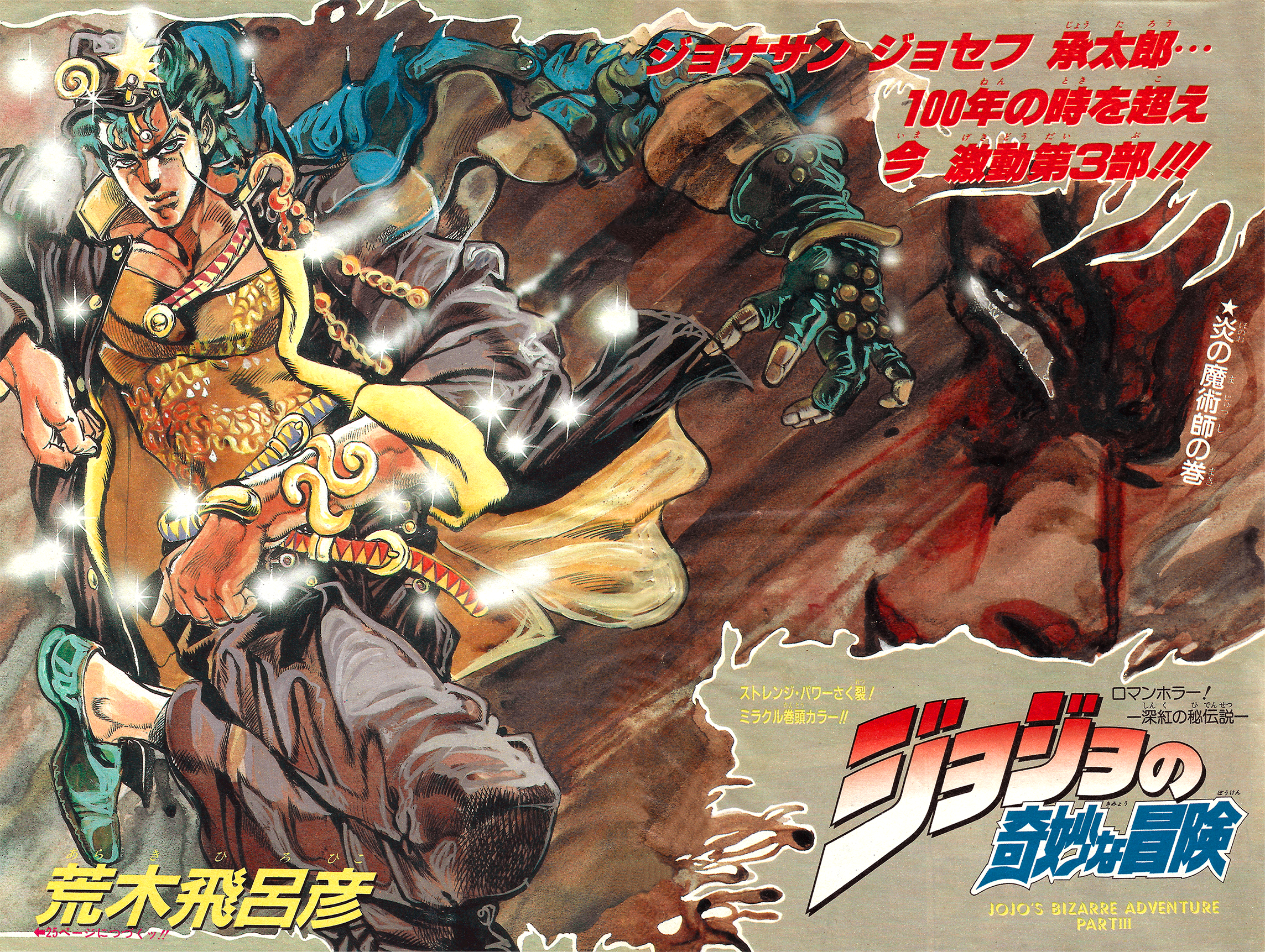 Jotaro Kujo, Part 2 (空条承太郎 その②, Kūjō Jōtarō Sono 2), originally The Magician of Fire (炎の魔術師, Honō no Majutsushi) in the WSJ release, is the second chapter of Stardust Crusaders and the one hundred fifteenth chapter of the JoJo's Bizarre Adventure manga.

The fishermen attempt to pry open the steel chest, assuming it contains treasure. They briefly note that the side of the box has the name "DIO" inscribed on it. Days later, the ship is discovered in the middle of the ocean with no one aboard. None of the equipment or even the crew's meal has been touched, and all that is left is the steel chest, pried open with a blowtorch next to it.

In the present, Joseph Joestar arrives in Japan and is greeted by Holy. Joseph brings along a mysterious partner as the three head to the prison. The prison guards stumble upon Jotaro's prison cell filled with a considerable amount of other various objects, from books to jackets on coat hangers to even a guitar and a computer. Joseph confronts him and orders him to come out so that they can go home. Jotaro refuses at first due to his "evil spirit" and tears the little finger off of Joseph's prosthetic hand. Joseph is left surprised, as he didn't even notice when Jotaro snatched the finger.

Joseph reveals his partner to be a fortune teller by the name of Muhammad Avdol, who he met three years ago in Egypt. Avdol reveals a spirit of his own called Magician's Red, which is a humanoid with a bird-like head and the ability to produce and control flames. Magician's Red launches a projectile of flames, pinning Jotaro against the back wall of the jail cell. Holy worries about what her father is doing to her son, while the guards are confused as to what's going on as they don't see any flames. Having no other choice, Jotaro's spirit confronts Magician's Red, fully manifesting itself.