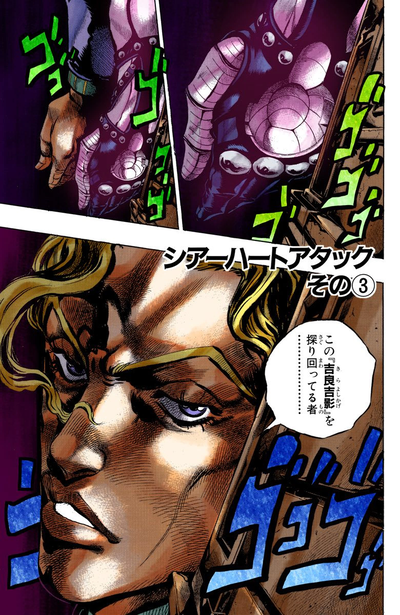 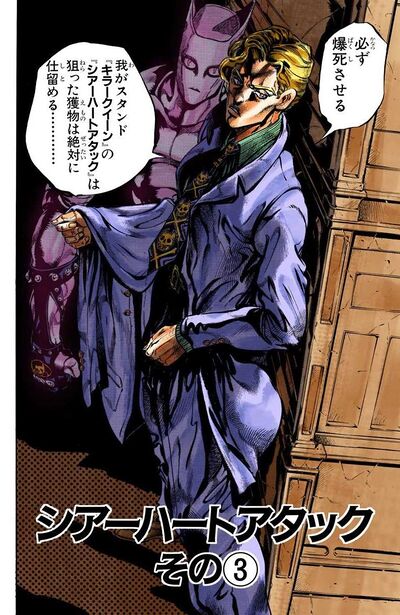 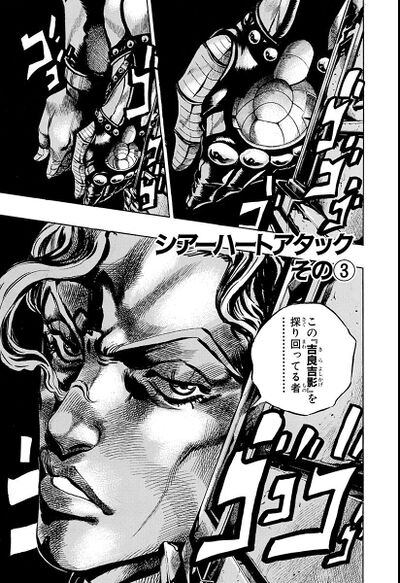 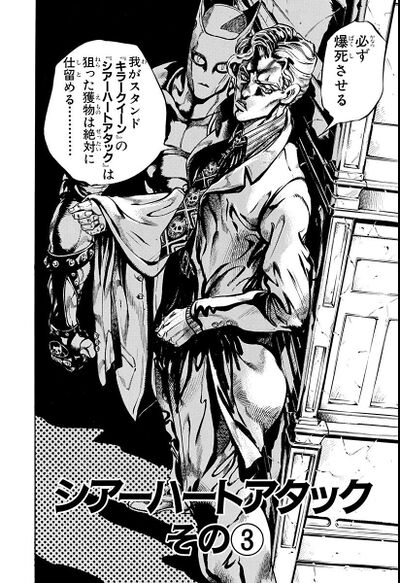 As Sheer Heart Attack goes back up again, Koichi yells at Jotaro that it's power indicates that the user is nearby and that he is now defenseless. He proposes to use Echoes to scout for the killer, but Jotaro tells him to only protect himself, saying that the Stand is independent. Koichi doesn't believe it and sends Echoes to look around, spotting Kira being already far from the shop. Disturbed at the sight of the killer being this far away, Koichi realizes too late that he is Sheer Heart Attack's target. Jotaro has now figured out that Sheer Heart Attack is a heat-seeking Stand, but is too far away to stop it while Koichi is defenseless, having sent Echoes away.