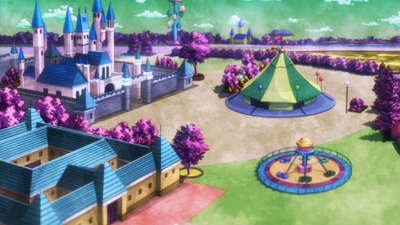 It narrates Kakyoin's desperate attempt at saving the Joestar Group from Death Thirteen, which attacks people in their sleep as the group tries to fly across Arabia.

Kakyoin finds himself in a nightmare where Death Thirteen attacks him. He is waken up by Polnareff before he is killed, but remains anxious. Meanwhile Joseph buys a plane and accepts to bring a sickly baby with them. Kakyoin notices that the baby is strange, and after the group departs, it is revealed that no one knows whose baby it is.[1]

During the flight, Kakyoin and Polnareff fall asleep again and find themselves in the same nightmare were Death Thirteen attacks them. Worse, they cannot summon their Stands. While Polnareff is woken up to take care of the baby, Kakyoin becomes so agitated that he causes a crash.[2] When he reveals his suspicions about the baby and tries to prove them, the group doesn't believe him; going as far as summoning Hierophant Green, Kakyoin is knocked out by Polnareff.[3]

Soon the whole group is sleeping and is attacked by Death Thirteen. Fortunately Kakyoin can summon his Stand thanks to having been knocked out while Hierophant was out, and defeats Death Thirteen. When the group wakes up, nobody save Kakyoin remembers the nightmare and he punishes the baby.[4]