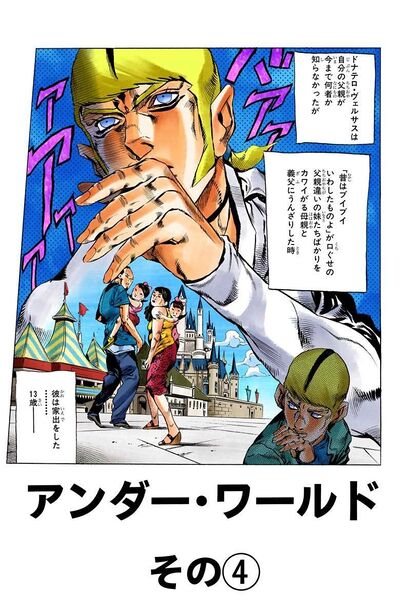 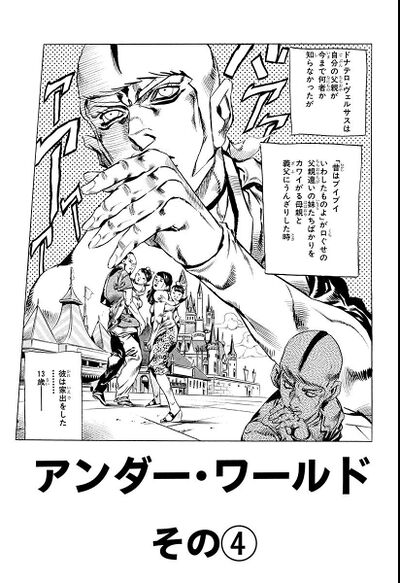 Under World, Part 4 (アンダー・ワールド その④, Andā Wārudo Sono 4), originally I Want It (ほしいなぁ～～, Hoshī nā~~) in the WSJ release, is the one hundred twenty-second chapter of Stone Ocean and the seven hundred sixteenth chapter of the JoJo's Bizarre Adventure manga.

Versus resents that Pucci is using him, believing he has the right to acquire DIO's ability for himself instead of Pucci. He unearths a memory of Pucci and takes the memory disc of Weather Report that Pucci was carrying, wondering if he can use it to help him.

In the fighter plane, Jolyne frantically calls Emporio and tries to explain her situation, much to his confusion. However, Emporio manages to understand the mechanisms of Under World and advises Jolyne to crash into the passenger plane, saving her from a crash since the fighter jet can only explode when it hits the ground. Moreover, Emporio uses his computer to look for the seats of the crash's two survivors, helping Jolyne and Ermes further.