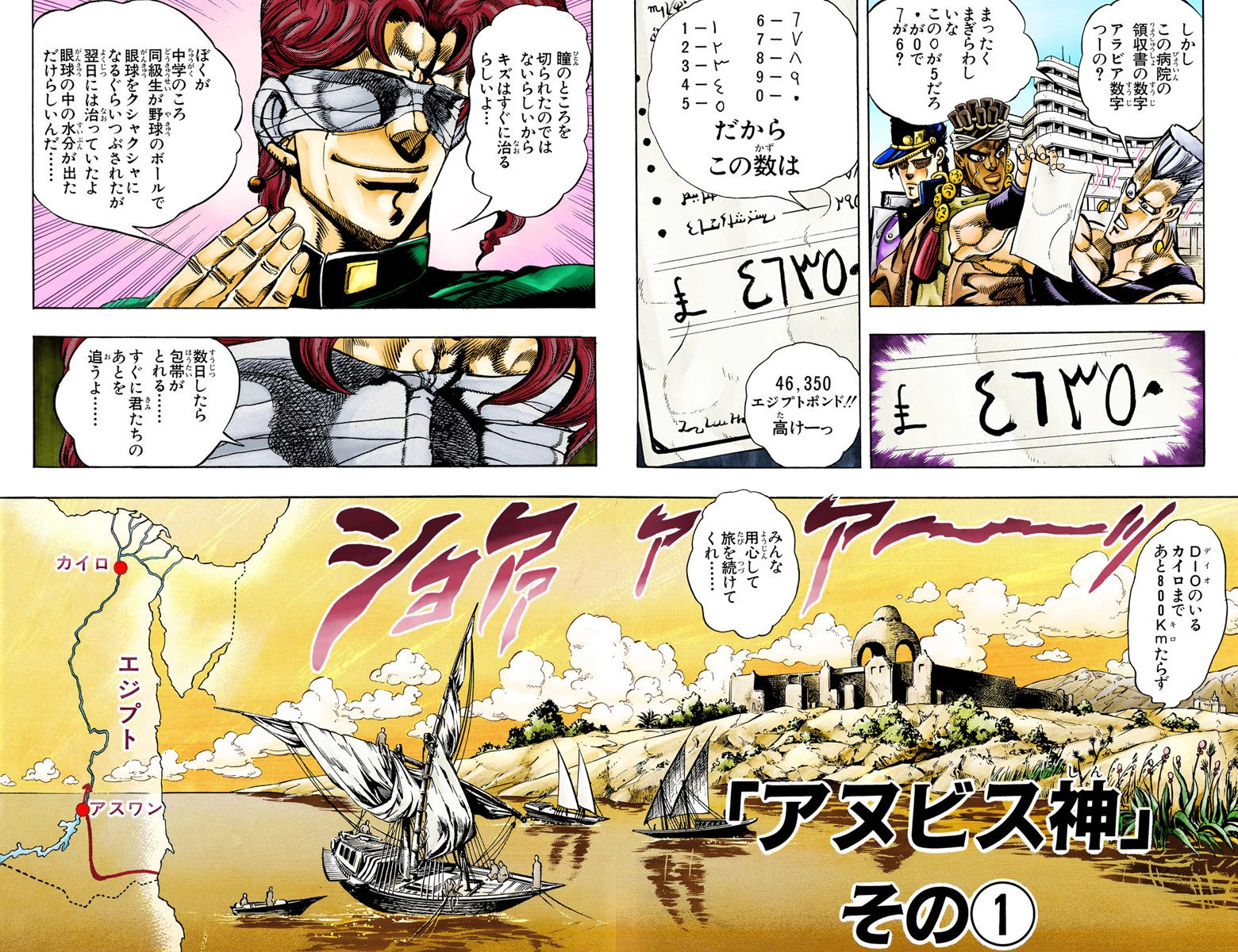 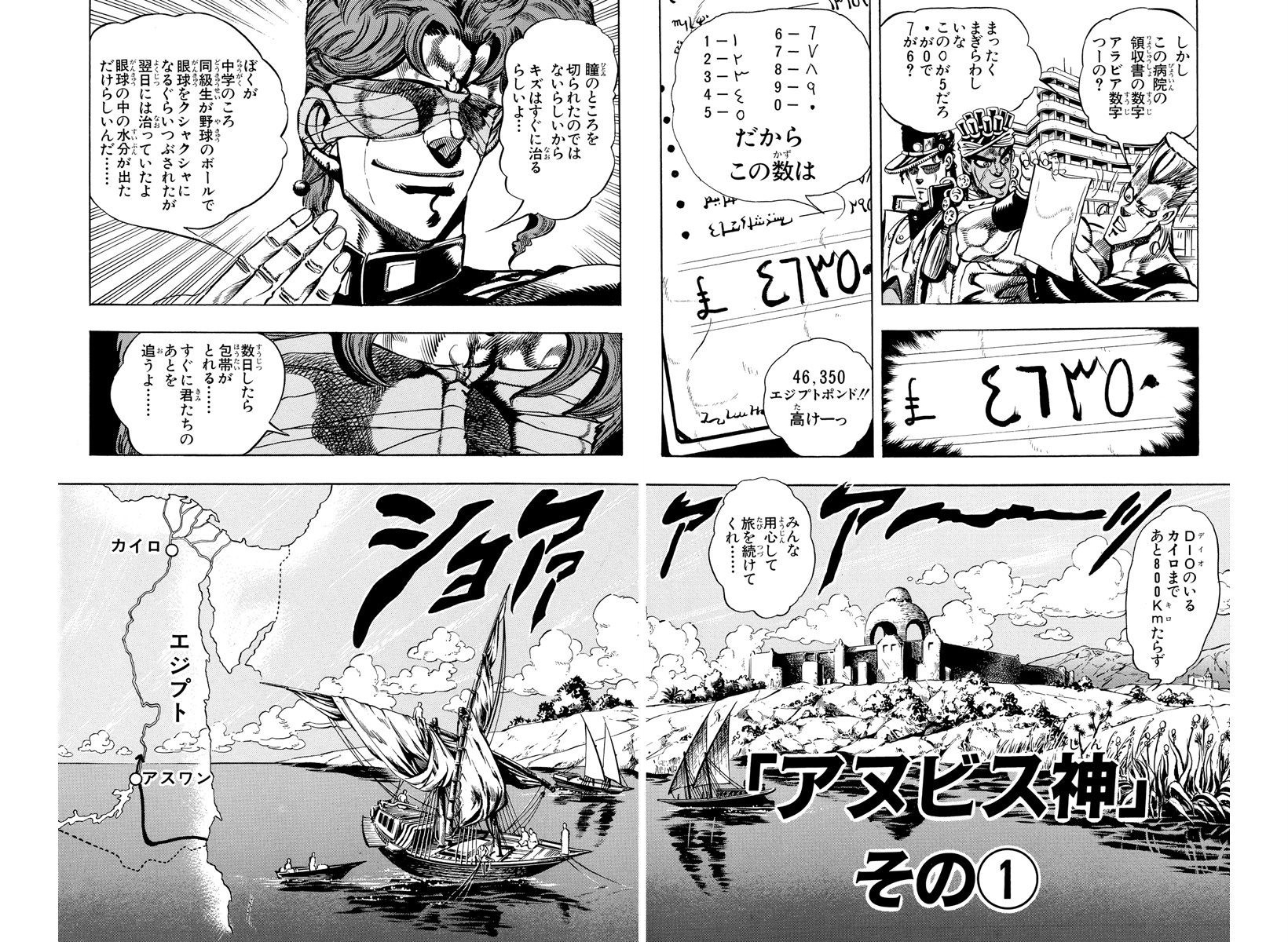 Anubis, Part 1 (「アヌビス神」その①, 'Anubisu-shin' Sono 1), originally The Sword of Anubis (アヌビスの剣, Anubisu no Tsurugi) in the WSJ release, is the eightieth chapter of Stardust Crusaders and the one hundred ninety-third chapter of the JoJo's Bizarre Adventure manga.