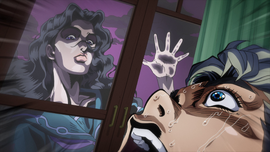 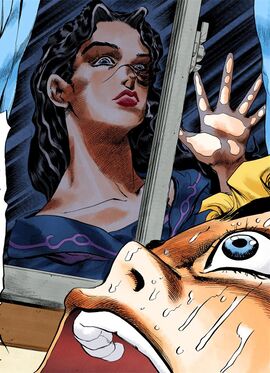 Fellow student Yukako Yamagishi confesses her love to Koichi, who is initially pleased but then finds Yukako too scary. When Josuke and Okuyasu try to help him by slandering him, Yukako kidnaps Koichi, determined to make him love her whilst holding him with her new Stand Love Deluxe. Koichi's Stand develops again into Echoes ACT2 which can produce various phenomenon from their equivalent sound effects before he defeats and then rescues her.