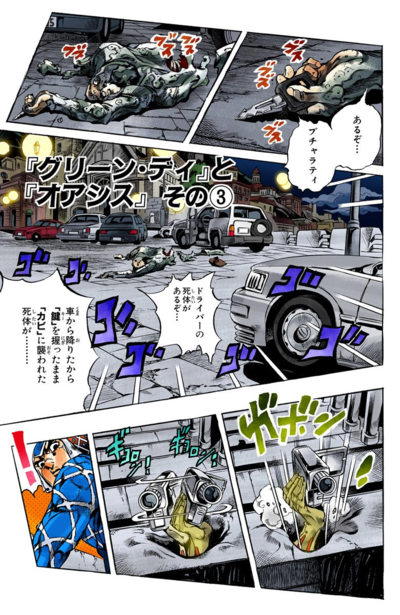 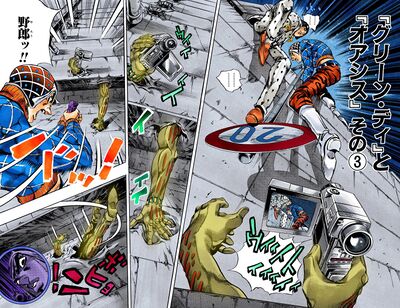 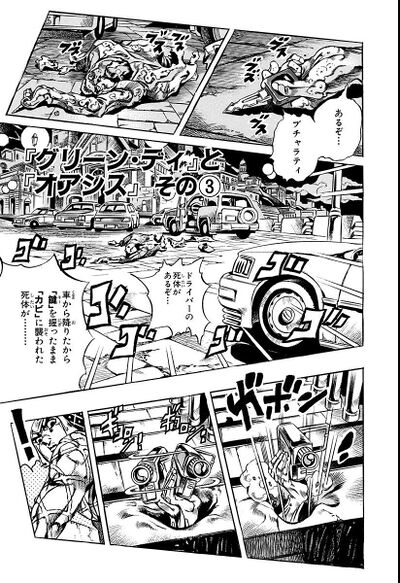 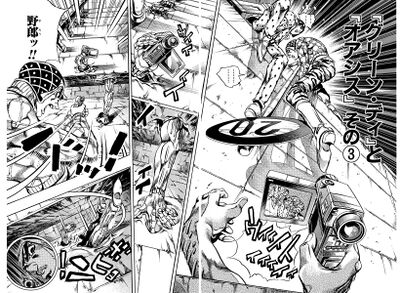 Mista and Bucciarati climb into the streets and see an opened car with its driver near it. Hands emerge from the ground, holding a camera and filming them. The enemy then jumps from inside the collapsed stairs to under the street.

He pursues Bucciarati and Mista, who run toward the car, but he catches up to Mista and grabs him. Secco, wearing the Stand Oasis, which enables him to soften the ground and protects him from Green Day, bounces back Mista's bullets at him with small rocks and manages to dodge bullets coming from behind.

Secco then figures that Mista is defenseless against him and proceeds to attack Bucciarati instead. Bucciarati leaves Coco Jumbo on the car, runs toward the side of the road, and jumps down the small cliff, to Mista's confusion. Having figured out that Secco must've been tracking them with sound, he can surprise Secco with a pummeling from Sticky Fingers as he no longer touches the ground.