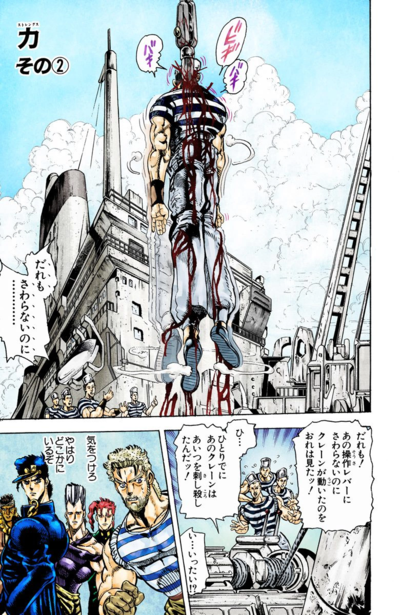 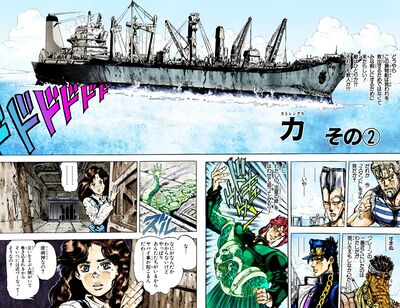 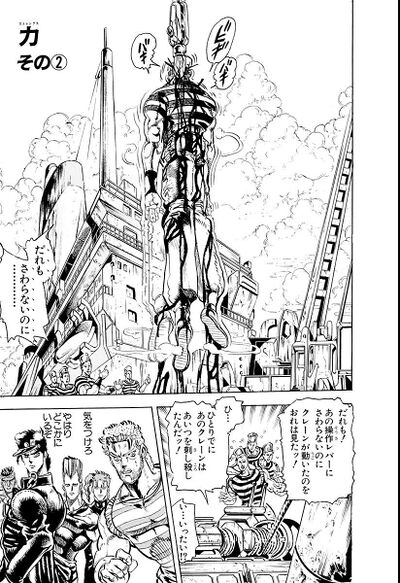 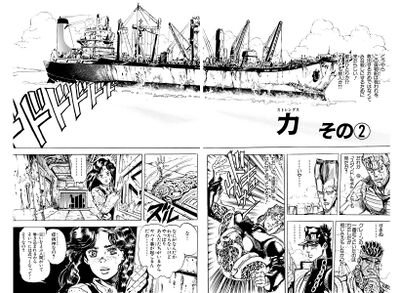 Author's Note
“
I let my guard down for just a few minutes in the cafeteria, and my bag disappeared! It was clearly stolen!!
”
—Hirohiko Araki
“
食堂で、ほんの数分気を許したら、鞄がなくなっていた！あざやかにやられました！！
”
—Hirohiko Araki