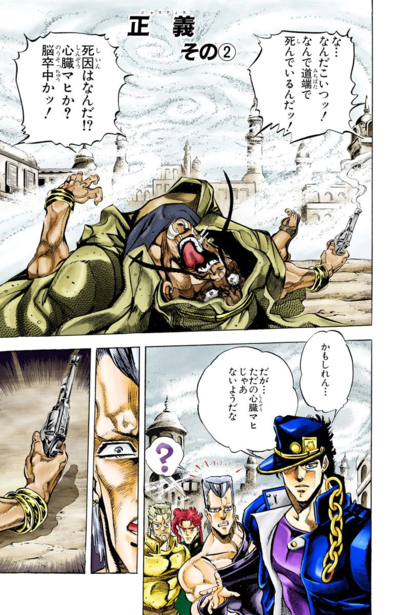 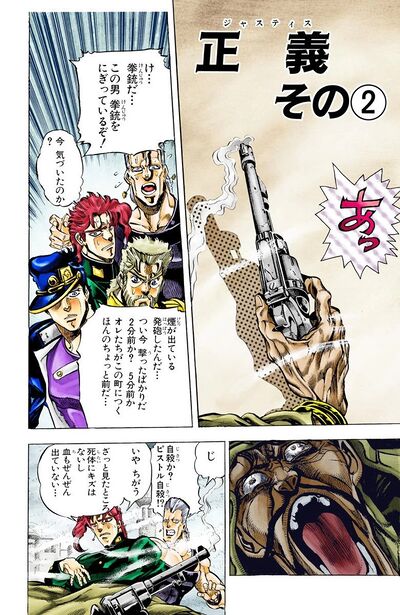 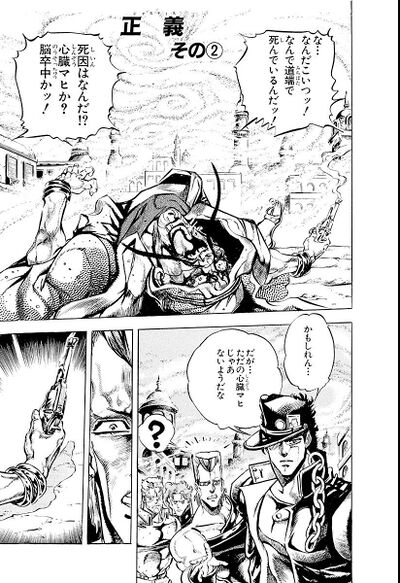 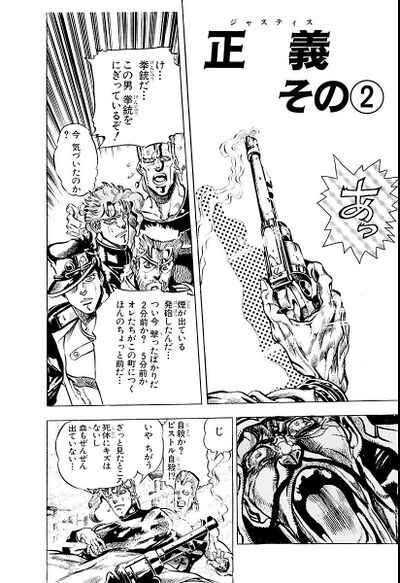 Justice, Part 2 ( その②, Jasutisu Sono 2), originally The Holey Swiss Cheese Corpse (穴ボコチーズの死体, Anabokochīzu no Shitai) in the WSJ release, is the forty-second chapter of Stardust Crusaders and the one hundred fifty-fifth chapter of the JoJo's Bizarre Adventure manga.

The body the Joestar group found is holding a recently fired gun. Judging from his shocked expression, he died screaming and shooting at something. Kakyoin asks a woman with infected boils on her face to call the police, but, while she agrees, she doesn't seem to care. Kakyoin is horrified by the crowd's lack of reaction to the dead body. Jotaro and Joseph suspect it to be the work of a Stand user, but wonder why they would kill an innocent man.

Polnareff notices one cloud has the form of a skull wearing a crown, and it is revealed the fog represents the Justice Tarot card. Looking at the corpse, Joseph sees that the man was a traveler like them who arrived in the town earlier. Stripping him to find the cause of death, the group finds that he has numerous deep, circular wounds covering his body, but there is no sign of blood. Joseph jumps toward the jeep to get away, but suddenly finds himself falling onto a spiked fence. He manages to save himself with Hermit Purple, and discovers that the actual jeep is standing some distance away.

Enya approaches the group and offers them a room in her hotel.