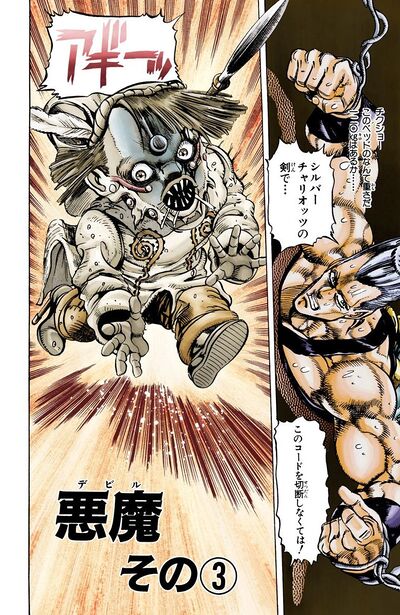 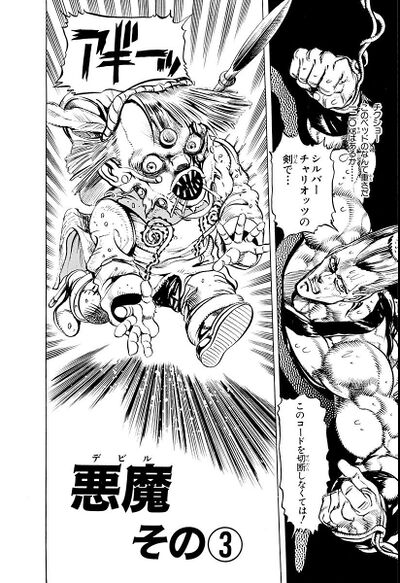 Author's Note
“
Next issue will have colored pages, so I'm on a bit of a tight schedule! And since it's summer vacation all the days end up blending together!!
”
—Hirohiko Araki
“
次号は巻頭カラーのため、ハードスケジュール！夏休みなんて縁のない毎日ですッ！！
”
—Hirohiko Araki