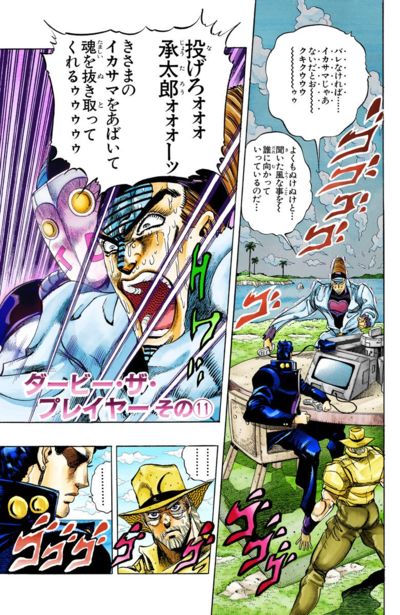 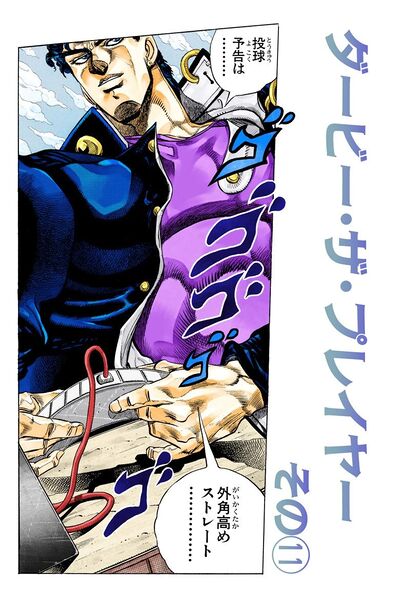 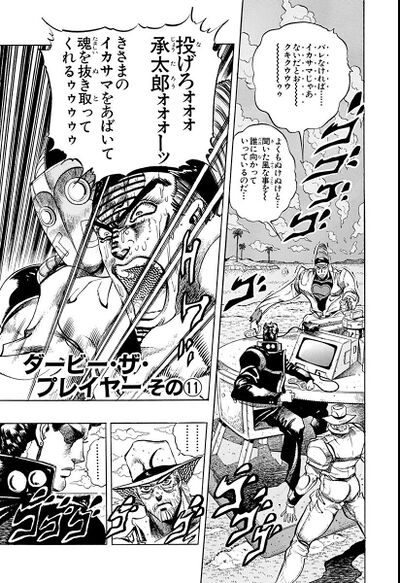 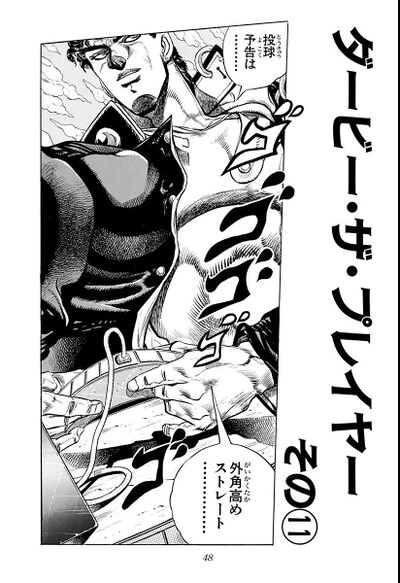 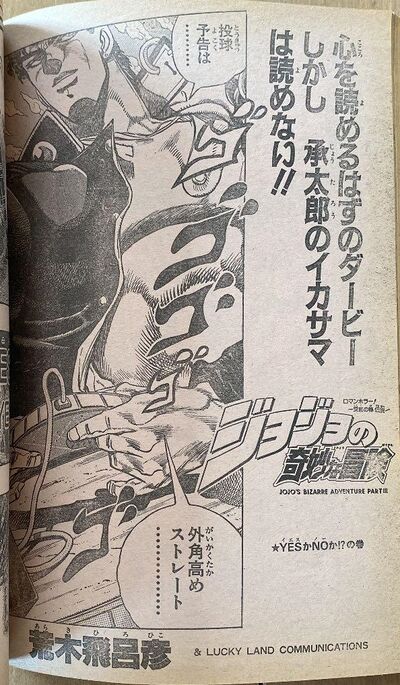 Author's Note
“
My TV was making this awful sound, so I called over a repairman to make it better. That type of thing bothers me the most.
”
—Hirohiko Araki
“
が調子悪くなって、修理屋さんを呼ぶとよくなる。こういうのが、一番こまるんよ
”
—Hirohiko Araki