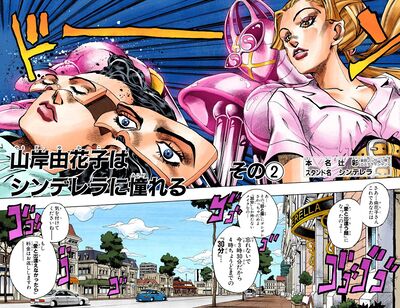 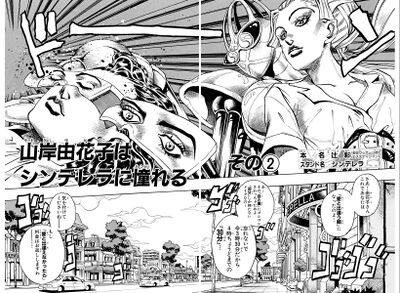 Using her Stand Cinderella, Aya improves Yukako's features for 30 minutes, meaning that the formula will stop working at 4:00 PM. In order to try the formal, Yukako decides to go look for Koichi, who she meets and as she cuts in line to take a taxi, just out of the car. To Yukako's astonishment, Koichi has been looking for her to make peace, since they are both Stand users and ought to get along. Stunned by how effective Aya's work is, Yukako tries to ask Koichi for a date, who cuts her short and directly suggests that they go to a café.

In the terrasse, as she thinks about how romantic it would be for them to savor the parfaits they serve here, Koichi happens to order two of these. Koichi progressively feels more attracted to Yukako and events conspire so that both touch their hands. Once it reaches 4:00 PM, Koichi doesn't feel well for having eaten his parfait too fast, and has to go. As Yukako desperately cries out at the briefness of Cinderella's influence, Aya is sure that Yukako is coming back to her salon.