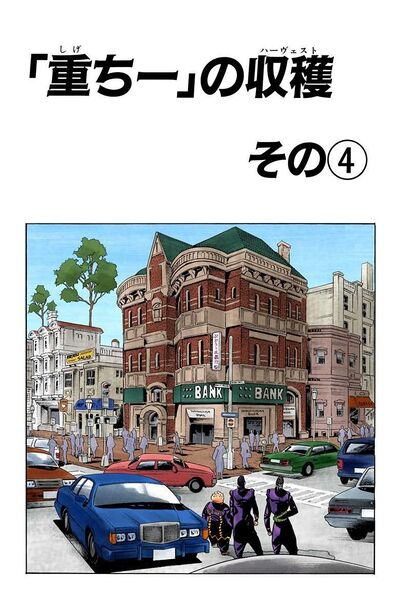 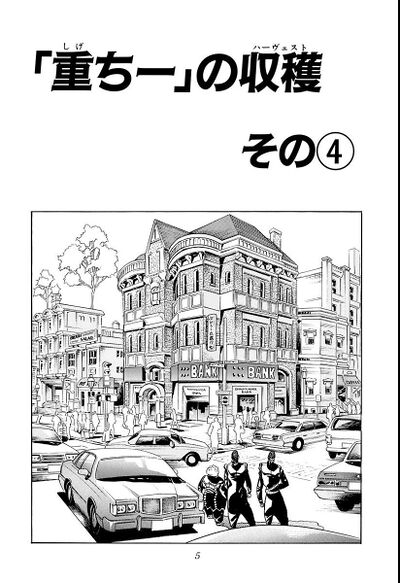 At the bank, an employee confirms to Josuke, Okuyasu, and Shigechi that the winning lottery ticket is still valid, and that they've won 5,000,000 yen. However, the banker pretends to need to see a valid ID and fill up some forms in order to win time. The bank employee disdains the three teenagers who privately refuses to hand them the 5,000,000. Thus he calls the security under the trio's eyes, who are worried about what's going on despite Josuke's insistence that they are within their rights. The bank employee returns with the prize check, but first asks them where they bought the ticket. Unprepared, Josuke tries to lie about buying the ticket in town but only makes himself seem more suspicious.

The bank employee then points out that the buyer wrote his name and the back of the ticket "Ichiro Morishita" which doesn't match their names, proving that the ticket isn't theirs. Josuke then claims that the name was only a piece of information about an acquaintance, to which the employee retorts that if he calls the phone number written on the back, there shouldn't be any problem. Ichiro Morishita replies and confirms having bought tickets, which worsen the trio's situation. Josuke decides to summon Crazy Diamond and use it to modify the ticket while the employee isn't looking. The name of the ticket is now Mr. Ichiro Kinoshita and the phone number slightly altered as well, which successfully make the bank employee look like he misread the name. Unable to contact the second phone number, the employee has no choice but to hand over the check. Again, Shigechi appropriates himself the ticket, which angers both Okuyasu and Josuke.