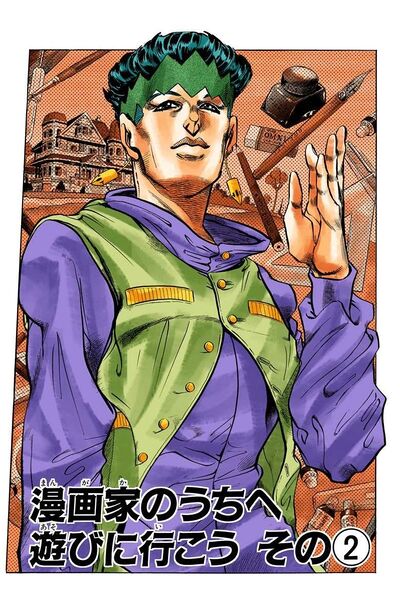 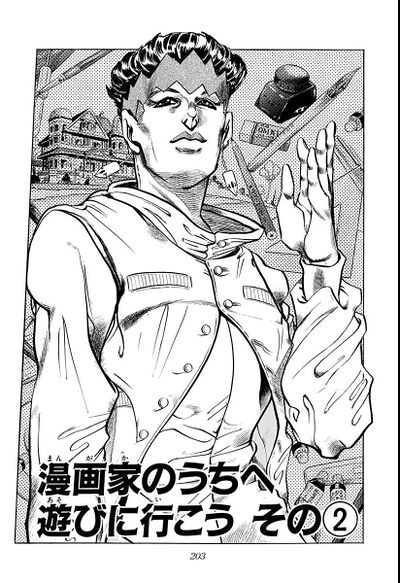 When Rohan leaves his workplace, Hazamada and Koichi decide to take a peek at the newest chapter that Rohan has just finished drawing. After they witness the greatness of Rohan's manuscripts, the manga artist enters the room and uses the ability of his Stand, Heaven's Door, to open Koichi's face like a book and look at his story. After he discovers that Koichi also has a Stand and learns of his adventures with Josuke and Okuyasu, he says that he has finally found the perfect inspiration for his comics.