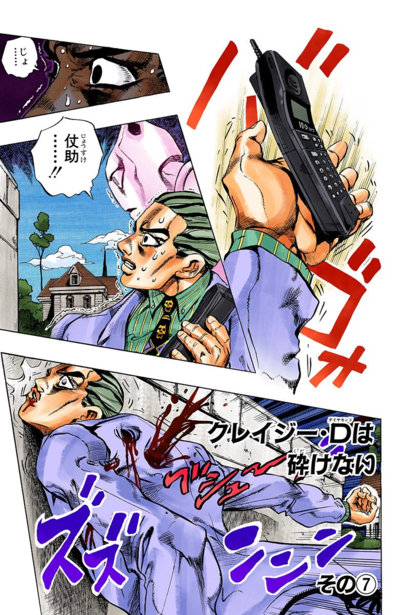 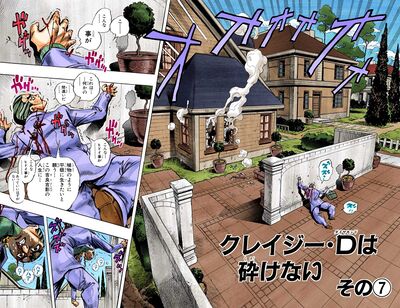 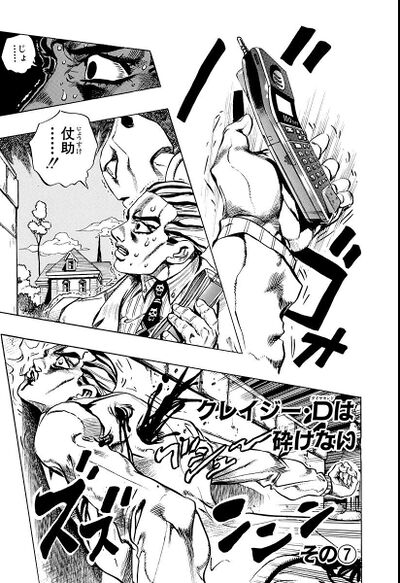 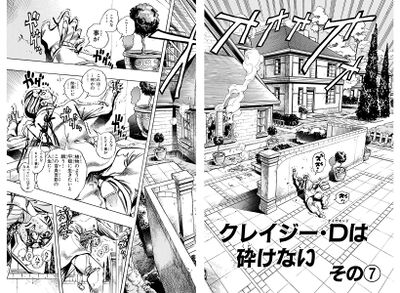 Crazy Diamond Is Unbreakable, Part 7 (クレイジー・は砕けない その⑦, Kureijī Daiyamondo wa Kudakenai Sono 7), originally The One Allied with Fate! (運命が味方する者！, Unmei ga Mikata Suru Mono!) in the WSJ release, is the one hundred sixty-ninth chapter of Diamond is Unbreakable and the four hundred thirty-fourth chapter of the JoJo's Bizarre Adventure manga.

Shaken over having been tricked into killing his own father, Kira is struck and impaled once again by another of Josuke's glass shards. Kira bleeds and falls to the ground, wondering how something so horrible could be happening to him. But Kira reminds himself to remember his past, that at his darkest hours, a ray of hope for him always appears. Kira, now calmer, watches as Josuke stumbles out of the house. Grievously wounded, Josuke informs Kira that he's now within the range of Crazy Diamond. Hayato becomes hopeful at the potential for Kira's defeat to be so close but remembers that Josuke is more wounded than Kira is.

The two men bring out their Stands once again for another duel. Killer Queen takes a swipe at Crazy Diamond, which dodges and lands a direct hit on Killer Queen's head; causing it to crack and fracture Kira's skull. Knowing that Killer Queen's hands are his most dangerous weapons, Josuke has Crazy Diamond focus on targeting its arms. Realizing that he's outmatched in terms of speed, Kira quickly frets that he'll lose the fight. Suddenly, Crazy Diamond's blows are cushioned by bubbles of air created by Stray Cat. Kira rejoices that Stray Cat is guarding his life while Hayato worries that fate really may be on Kira's side. Kira turns the air bubble into a bomb and sends it towards Josuke, knowing he no longer has the strength to dodge.