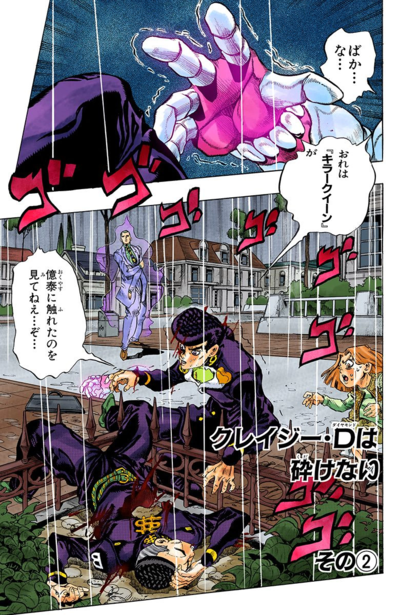 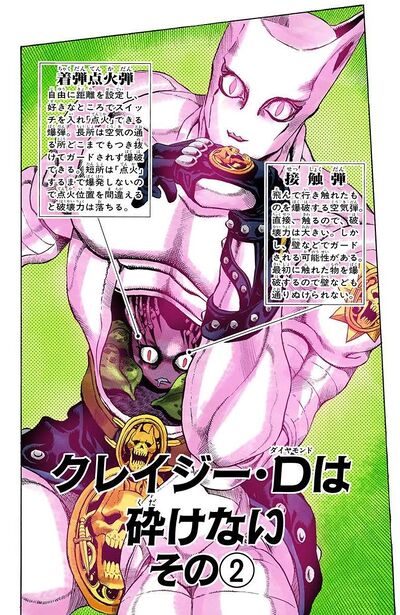 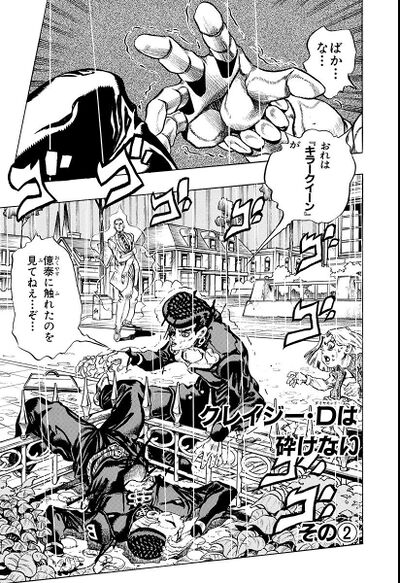 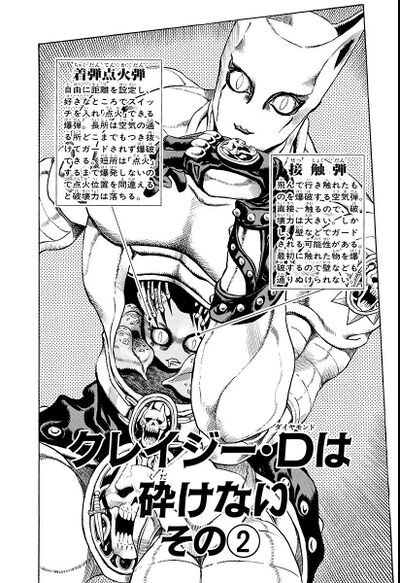 Josuke demands proof of Hayato's claims of Okuyasu being charged as a bomb, as he decides to back away for the time being in order to prevent the possibility of accidentally detonating Okuyasu. Hayato then explains that after living with and spying on Kira for several days, he now knows the facial expression Kira makes when he believes he's won. Nervous, Kira then attempts to lure Josuke into believing that Okuyasu is not charged as a bomb, by first asking if Josuke would like him to check if Okuyasu is a bomb by hitting the switch on his first bomb, claiming that in all of the confusion of their brief fight, he himself was uncertain if Okuyasu was a bomb or not. After Hayato calls his bluff, Kira proclaims that in five seconds, he will fire off his next air bomb, and begins counting down.

Just as Josuke is moving to heal Okuyasu with Crazy Diamond, Hayato claims that he has definitive proof that Okuyasu is charged as a bomb. When Josuke angrily demands that Hayato speak up, he explains that since Kira can charge only one thing as a bomb at a time, he is not actively abstaining from firing another Air Bomb, but is entirely unable to, as Okuyasu is charged as a bomb. Sweating profusely, Kira then orders Killer Queen to detonate, only for Hayato to shield Josuke from the blast. As Hayato's body disassembles and vaporizes, at the last possible moment, Hayato is healed completely by Josuke before he could die. After being healed, Okuyasu still shows no signs of life, and his stand aura appears to be gone. Kira then aims and charges another air bomb, and then sends it off towards the unsuspecting Hayato and Josuke.