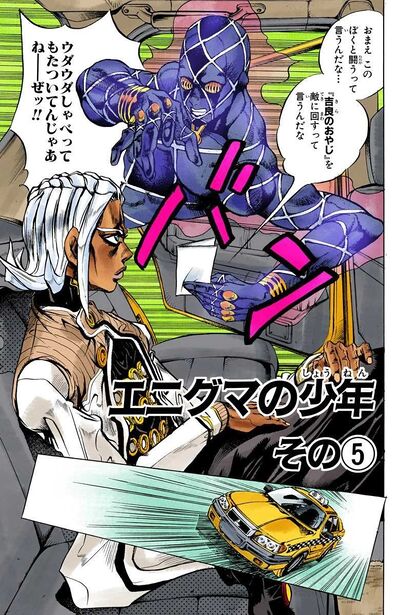 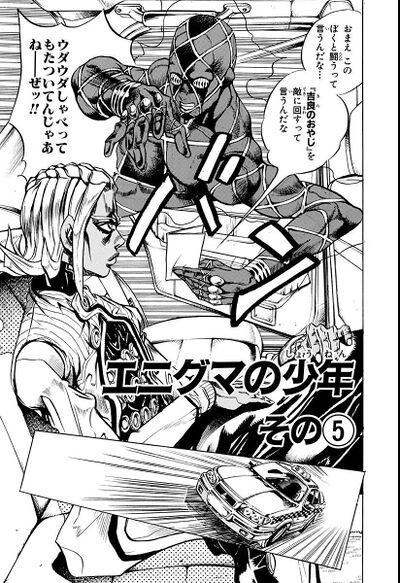 Enigma Boy, Part 5 (エニグマの少年 その⑤, Eniguma no Shōnen Sono 5), originally I Have to Open It! (開けるしかない！, Akeru Shikanai!) in the WSJ release, is the one hundred forty-third chapter of Diamond is Unbreakable and the four hundred eighth chapter of the JoJo's Bizarre Adventure manga.