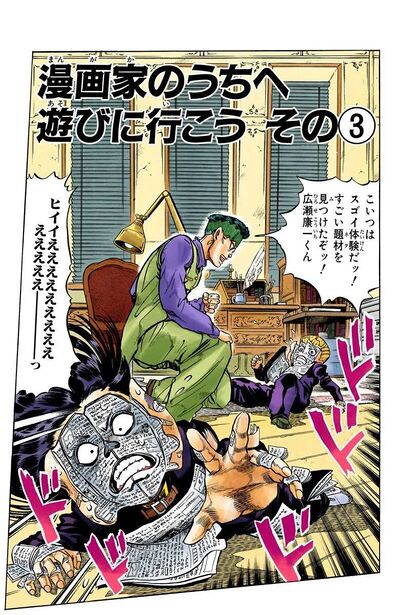 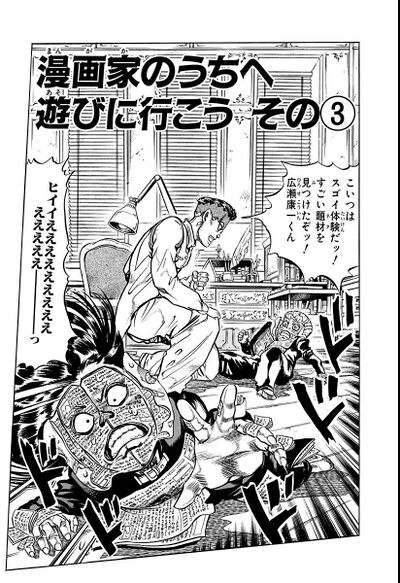 After reading some of Koichi's memory and his adventures with Stands, Rohan says that he will tear off his memories and that they will serve as inspiration for his work. Koichi then uses Echoes ACT2's power to attack Rohan, but all of his attacks miss due to the fact that Rohan used his Heaven's Door ability to write in Koichi's memory "I cannot attack the manga artist, Rohan Kishibe". Rohan reads Hazamada's memories as well, but discovers that he is a terrible person and states that none of his readers would like a character like that.

Koichi questions why Rohan would do this, saying that he is already rich and famous even without reading his memories. Rohan replies saying that he doesn't write manga to be recognized, but to be read. Rohan then rips off part of Koichi's memory. Remembering nothing that happened there, Koichi and Hazamada leave Rohan's mansion satisfied with the visit. Koichi later discovers that he lost 20 kg (44 lb) on that day.