Let Me Remind You 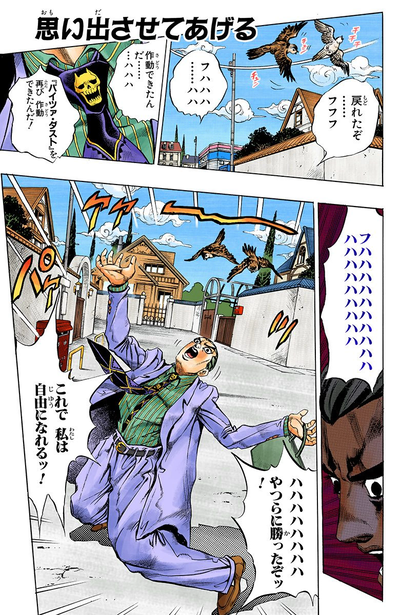 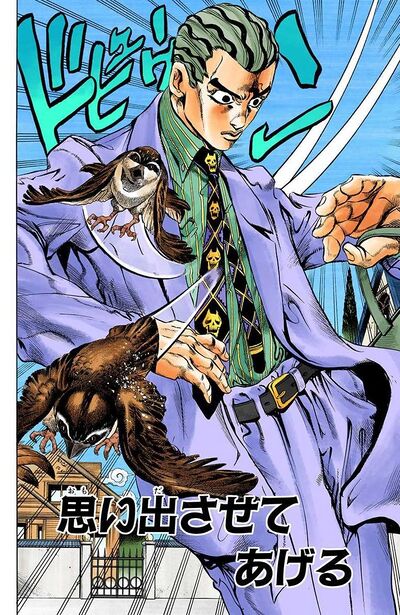 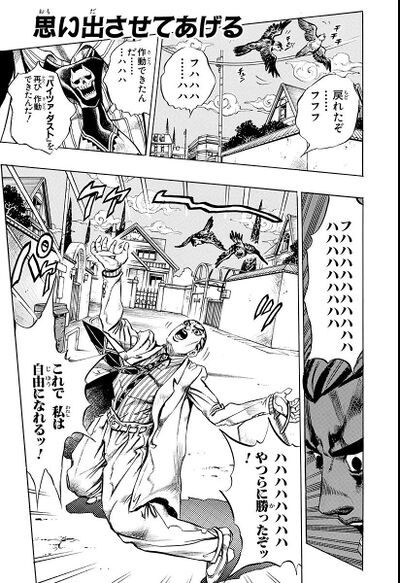 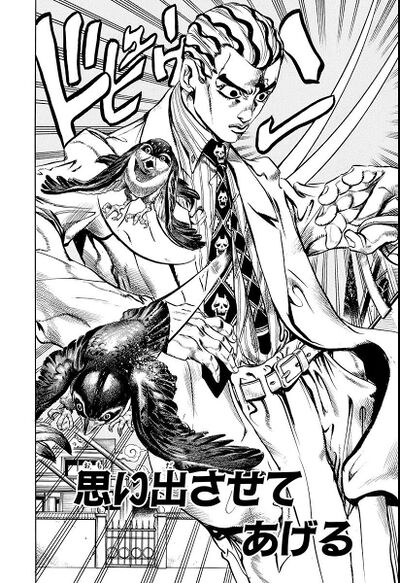 Let Me Remind You (思い出させてあげる, Omoidasasete Ageru), originally Just in Time! (間に合った！, Maniatta!) in the WSJ release, is the one hundred seventy-second chapter of Diamond is Unbreakable and the four hundred thirty-seventh chapter of the JoJo's Bizarre Adventure manga.

After the supposed effects of Bites the Dust, Kira celebrates his apparent victory over Josuke Higashikata and the others. However, he becomes confused once he witnesses two birds fly through him from behind. Kira then begins to question his whereabouts, believing that he was on his way to work. He checks the time on his wristwatch only to discover that it is still crushed from earlier, where it should have been fixed from the time loop. Kira becomes increasingly worried over the confusion of his situation before being confronted by Reimi, whom he does not recognize. Reimi informs Kira of the battle that happened earlier and that he was eventually cornered into a dead end. Kira questions her identity; believing her to be a new Stand user. It is at this point that Reimi reveals that Kira is, in fact, already deceased and recounts the events that led to his death.

Earlier, Jotaro, Rohan, and Josuke all raced to reach a wounded Kira, who was preparing to activate Bites the Dust so that he could escape the battle unscathed. Koichi, using his Stand, increased the weight of Killer Queen's hand so it couldn't activate Bites the Dust. In conjunction with this, Jotaro stops time using Star Platinum and proceeds to break Killer Queen's thumb and pummel him into near-submission: preventing Kira from resetting time. As Josuke and the others rejoice, Kira mumbles incoherently to himself; deliriously believing he can still go back in time.