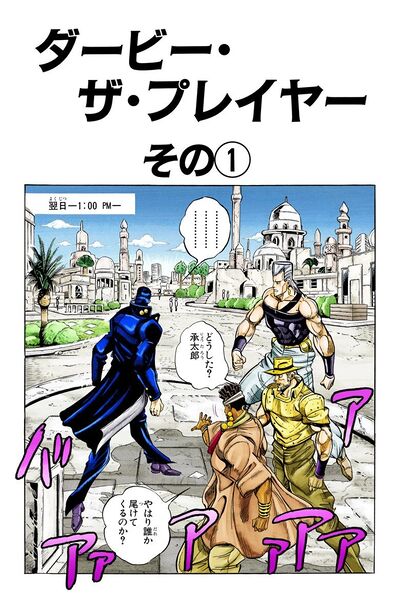 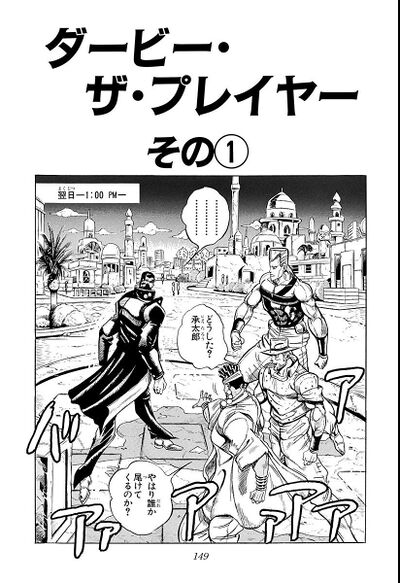 Author's Note
“
After completely gorging on my favorite food, cherries, they absolutely wrecked my stomach; they were really good though.
”
—Hirohiko Araki
“
好物のサクランボをたらふく食べてしまって、腹をこわしたサクランボは本当にうまい
”
—Hirohiko Araki