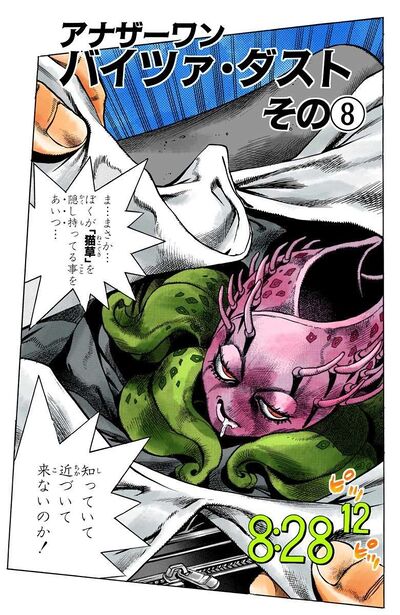 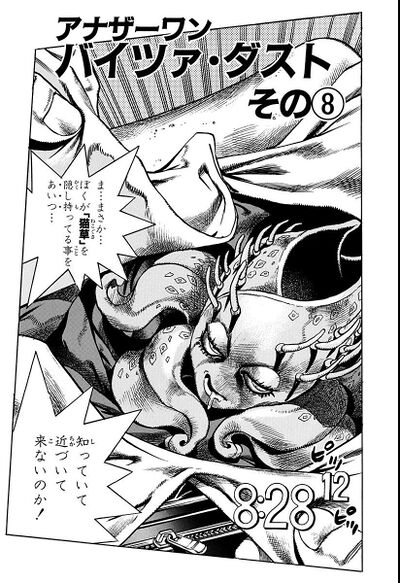 Another One Bites the Dust, Part 8 (アナザーワン バイツァ・ダスト その⑧, Anazāwan Baitsa Dasuto Sono 8), originally Unbelievably Good Luck! (信じられない好運！, Shinjirarenai Kōun!) in the WSJ release, is the one hundred sixtieth chapter of Diamond is Unbreakable and the four hundred twenty-fifth chapter of the JoJo's Bizarre Adventure manga.