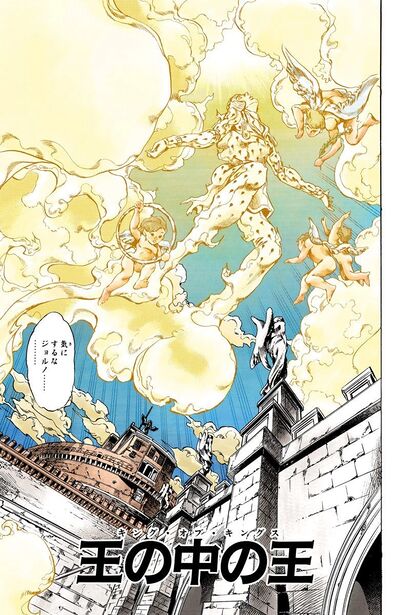 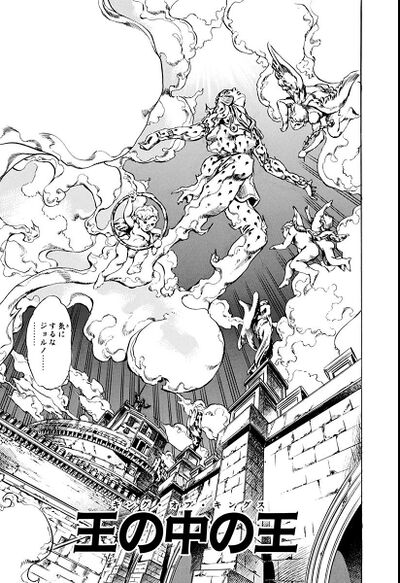 King of Kings (, Kingu Obu Kingusu), originally The Qualifications to Hold the Arrow! (「矢」を持つ資格！, 'Ya' o Motsu Shikaku!) in the WSJ release, is the one hundred forty-sixth chapter of Vento Aureo and the five hundred eighty-fifth chapter of the JoJo's Bizarre Adventure manga.