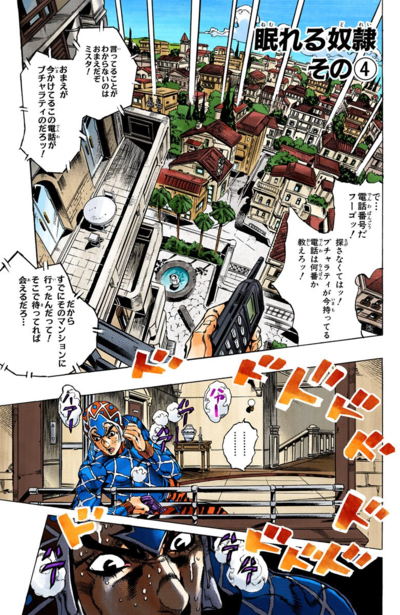 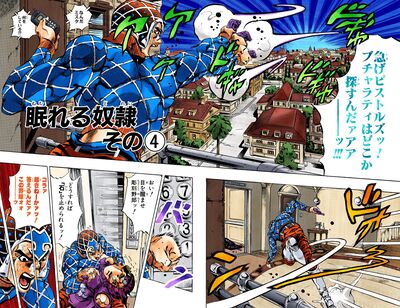 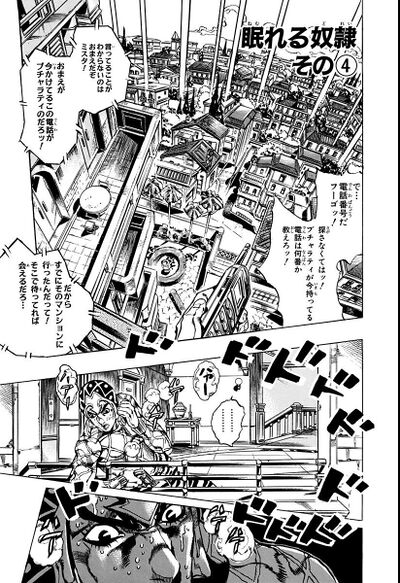 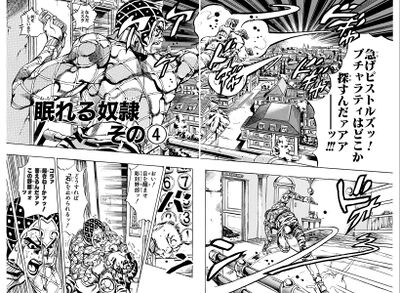 Mista sends Sex Pistols searching the building. He shifts his attitude and asks for how to stop Rolling Stones. Scolippi tells him that the stone can be destroyed and the fate evaded.

Sex Pistols informs Mista that Bucciarati is in the staircase at the 7th floor while Mista is trapped in the elevator which had already gone down to the 4th floor. Bucciarati, intrigued by his form sculpted into it, almost touches the rock, but Mista's bullets repeatedly knock the rock away even if if automatically approaches Bucciarati.

Mista arrives and warns Bucciarati not to touch the rock. Rolling Stones disappears and reappears behind Bucciarati, who opens a zipper on the wall and is hanging on the building's facade. Rolling Stones, however, moves through the zipper and approaches Bucciarati.