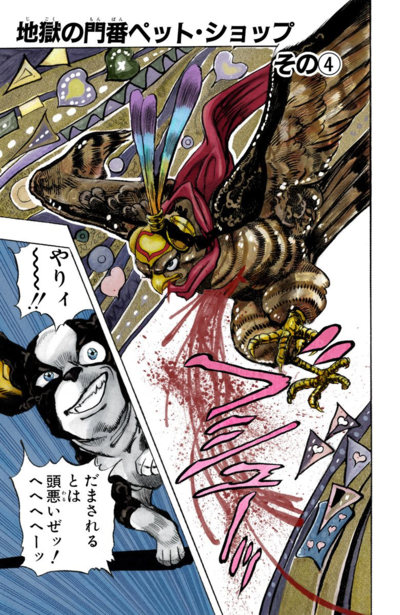 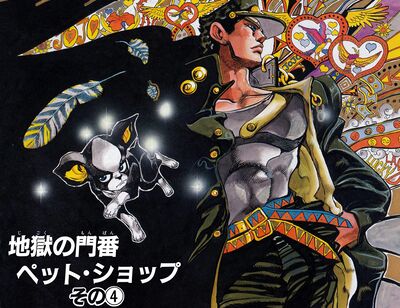 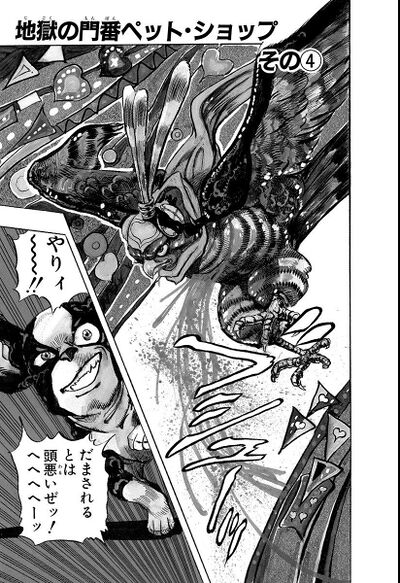 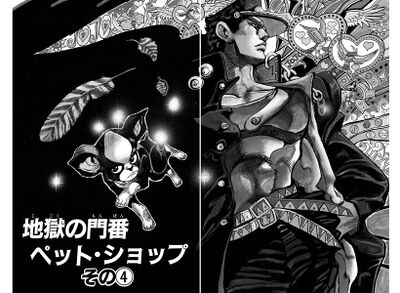 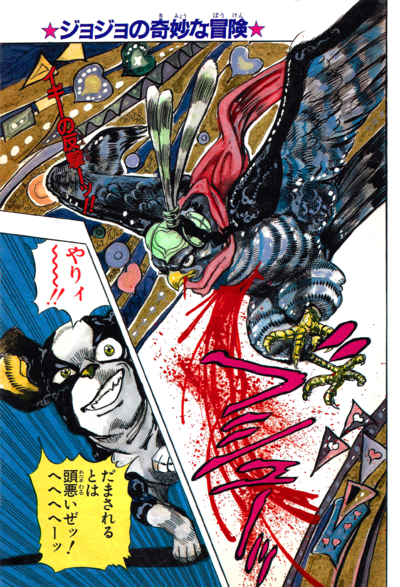 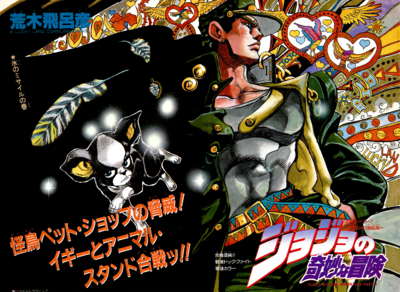 Author's Note
“
How were the colored pages? Colored manuscripts are my favorite, so I always hope they turn out OK.
”
—Hirohiko Araki
“
巻頭カラーいかがでしたか。色原稿書くのは好きなので、希望があれば、いつでも
”
—Hirohiko Araki