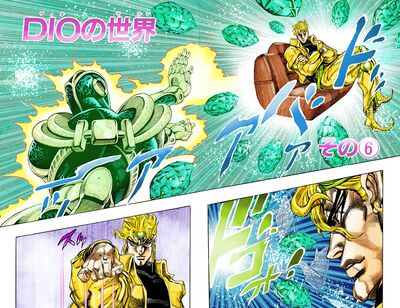 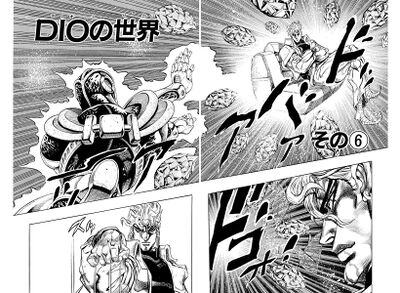 DIO's World, Part 6 (の世界 その⑥, DIO no Sekai Sono 6), originally The Threat of The World (の脅威, Za Wārudo no Kyōi) in the WSJ release, is the one hundred thirty-ninth chapter of Stardust Crusaders and the two hundred fifty-second chapter of the JoJo's Bizarre Adventure manga.

Author's Note
“
I'm someone who rarely stays up all night, but I worked overtime for the sake of next issue's color pages. I was deeply moved by the sunrise's extreme beauty.
”
—Hirohiko Araki
“
めったに徹夜しない私だが、次号巻頭カラーの為に残業。暁がとてもきれいで感動
”
—Hirohiko Araki