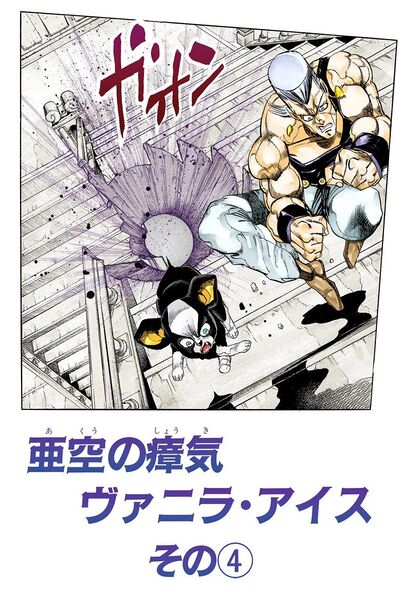 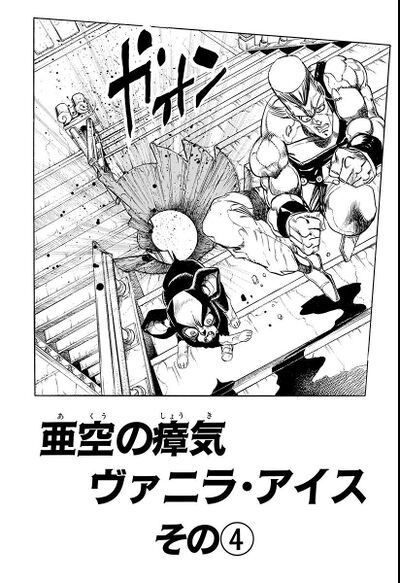 The Miasma of the Void, Vanilla Ice, Part 4 (亜空の瘴気 ヴァニラ・アイス その④, Akū no Shōki Vanira Aisu Sono 4), originally Watch My Back!! (背後を見張れッ!!, Haigo o Mihare!!) in the WSJ release, is the one hundred twenty-eighth chapter of Stardust Crusaders and the two hundred forty-first chapter of the JoJo's Bizarre Adventure manga.