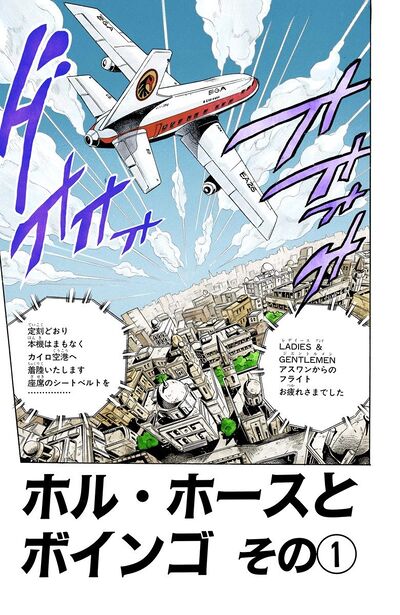 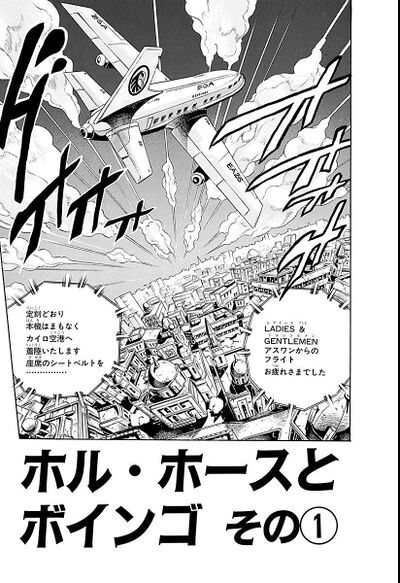 Hol Horse and Boingo, Part 1 (ホル・ホースとボインゴ その①, Horu Hōsu to Boingo Sono 1), originally The Birth of a New Combo (新コンビ誕生, Shin Konbi Tanjō) in the WSJ release, is the one hundred fourth chapter of Stardust Crusaders and the two hundred seventeenth chapter of the JoJo's Bizarre Adventure manga.