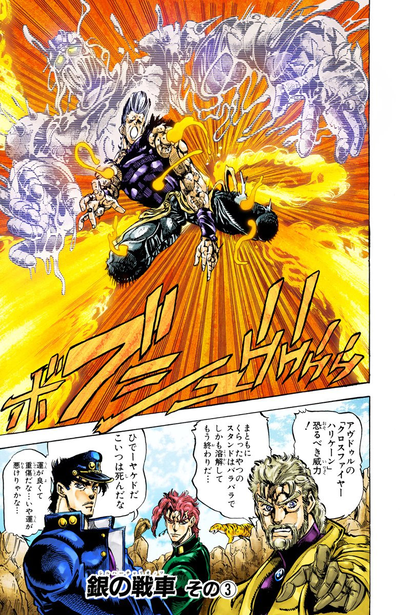 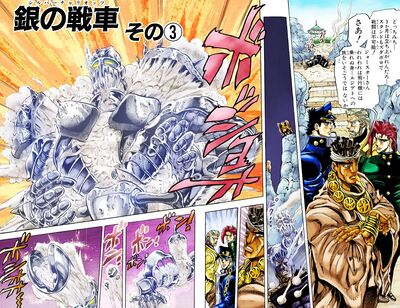 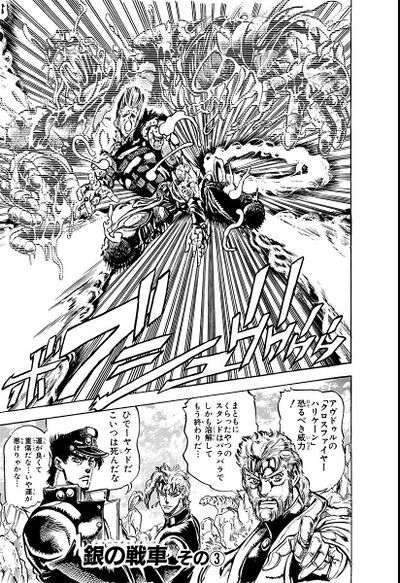 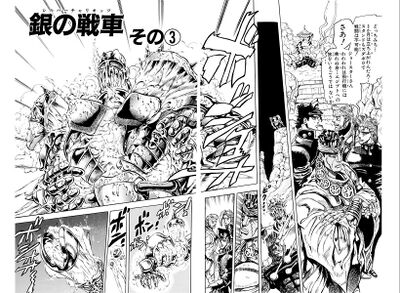 Silver Chariot, Part 3 ( その③, Shirubā Chariottsu Sono 3), originally The Knight's Code (騎士のおきて, Ishi no Okite) in the the WSJ release, is the thirteenth chapter of Stardust Crusaders and the one hundred twenty-sixth chapter of the JoJo's Bizarre Adventure manga.

Author's Note
“
So it turns out my weather prediction was completely wrong. There was this huge downpour of rain and leaks sprouted everywhere. An old lady in my neighborhood laughed at me.
”
—Hirohiko Araki
“
天気の読みが昔く、どしゃ降りの雨にあい、完壁に漏れ、近所のオバさんに笑われた
”
—Hirohiko Araki