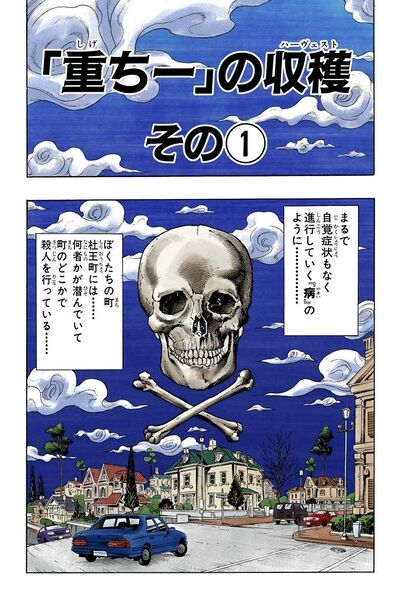 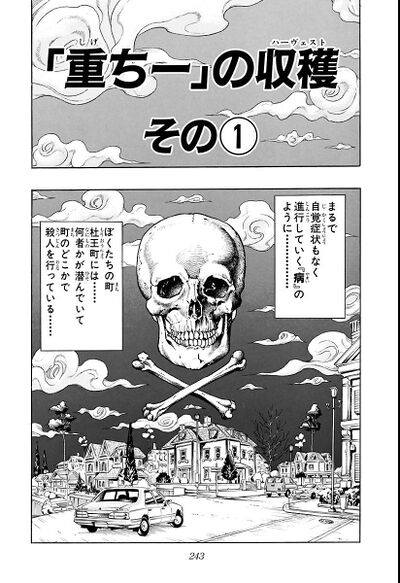 Shigechi's Harvest, Part 1 (｢重ちー｣の その①, 'Shigechī' no Hāvesuto Sono 1), originally I Found One Yen! (！, Ichi En Mitsuketa zo!) in the WSJ release, is the seventieth chapter of Diamond is Unbreakable and the three hundred thirty-fifth chapter of the JoJo's Bizarre Adventure manga.