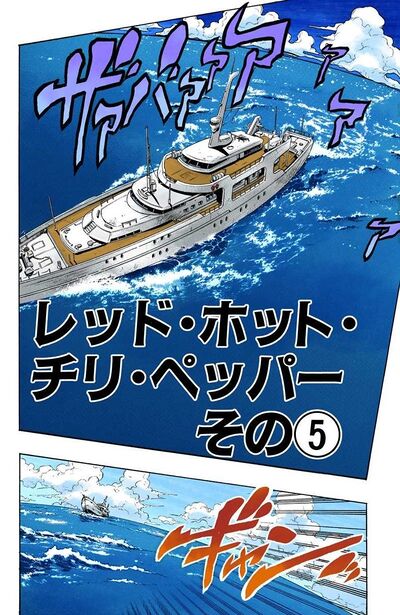 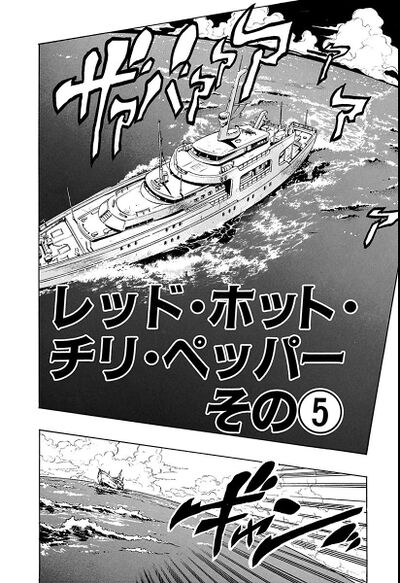 In the port, Star Platinum distinguishes Joseph's boat on the horizon. Josuke and Okuyasu have checked the motorboat they will be using to join Joseph, and deem that Red Hot Chili Pepper isn't here. Jotaro comments that its user will search for a way to cross the ocean and kill Joseph, and tells Josuke and Koichi to stay on the port. He theorizes that the user is probably nearby, looking for an opportunity and that he will certainly use a fast vehicle with a battery, probably a remote-controlled plane, to overtake the group; thus Josuke and Koichi will have to find the user on the land.

After Jotaro and Okuyasu leave, the user of Red Hot Chili Pepper reveals himself as Akira Otoishi and comments that Jotaro has seen through his plan. He tells them that his remote controlled plane goes up to 150kmph, leaving him three good minutes to finish off Josuke and Koichi. Otoishi then arrogantly claims that he will kill Josuke with only his little finger. Rushing to the fight, Otoishi is interrupted when Josuke says that he too needs to make a rule for himself; when Otoishi tells him that there's no need to do that, Josuke breaks his little finger to shut him up.