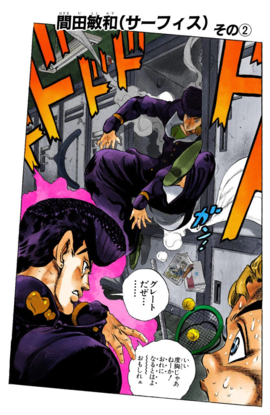 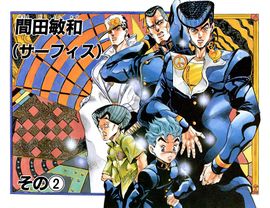 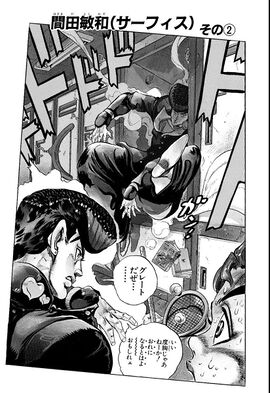 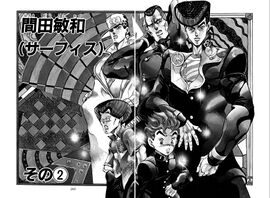 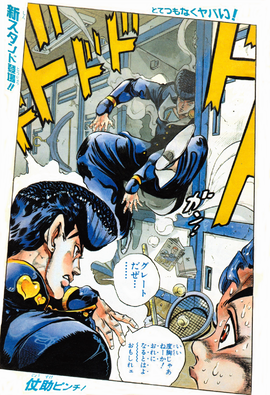 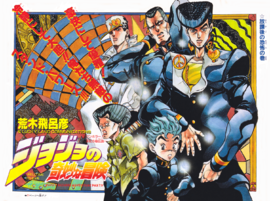 The fake Josuke climbs out of the locker and reveals that it is sentient and can even talk, perfectly mimicking Josuke's appearance, speech, and mannerisms. The fake Josuke mentions the "Perman" series, but it goes over Josuke's head, and he doesn't understand it. It begins to belittle Josuke over this, angering the teenager. However, the fake Josuke suddenly lifts his arm, which Josuke replicates beyond his control.

The mannequin reveals that its power is to manipulate whoever it copies when their eyes meet. It then violently elbows Koichi by using the real Josuke's arm, propelling him through a door. Josuke summons Crazy Diamond, but the mannequin is standing right out of its range.

Crazy Diamond tries to throw a pen at it, but the mannequin catches it easily, commenting on its speed. The Stand reveals its name to be Surface. It then throws the pen at Josuke, forcing him to catch it and point it toward his eye. As the pen edges closer to Josuke's eye, Surface comments that Jotaro's Star Platinum is quite frightening. He then muses that he will have to assassinate Jotaro.