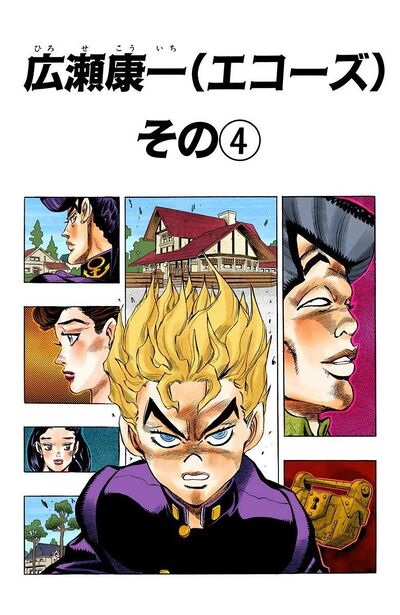 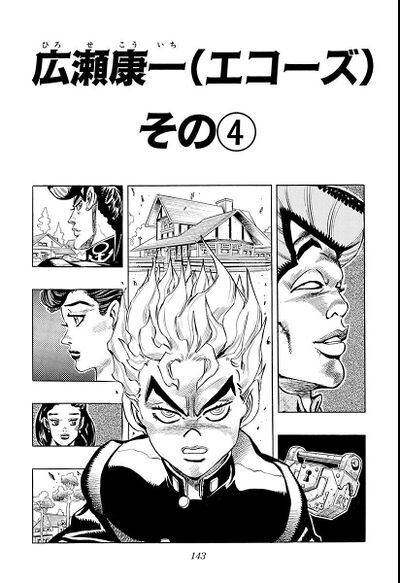 From the egg comes Echoes, and after getting his mother and sister out of the family room, Koichi latches Echoes onto Tamami. Despite Tamami's threats and protests, Koichi stands his ground and orders him to release his family, having Echoes punch Tamami. However, Tamami isn't injured in the slightest, and after several other punches from Koichi's Stand, understands that Echoes is incredibly weak.

He then grabs Koichi by the collar to beat him, but words have appeared on his cheek. It is the onomatopoeia "Blam" Echoes has planted on Tamami, and he begins to hear violent noises, with increasing loudness. He also looks at his arm and sees the onomatopoeia "Vlam", which he hears too, forming a cacophony which is driving Tamami crazy. When he tries to punch Koichi, Echoes plants another onomatopoeia on his back, further increasing the noise he hears.