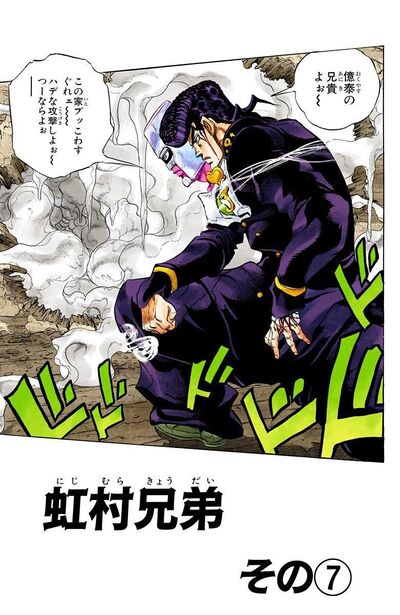 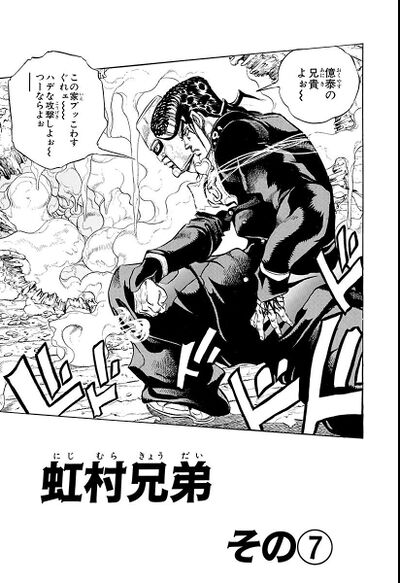 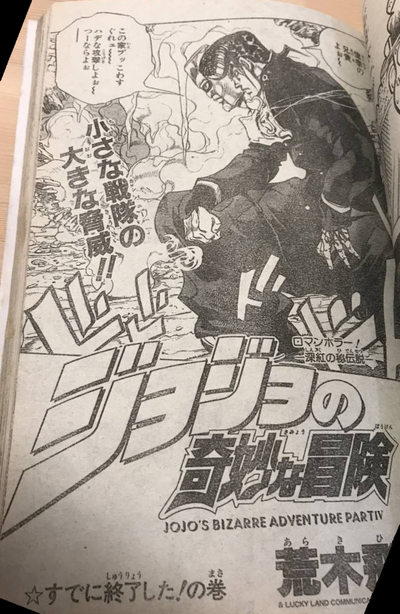 The Nijimura Brothers, Part 7 (虹村兄弟 その⑦, Nijimura Kyōdai Sono 7), originally It's Already Over! (すでに終了した！, Sudeni Shūryōshita!) in the WSJ release, is the fifteenth chapter of Diamond is Unbreakable and the two hundred eightieth chapter of the JoJo's Bizarre Adventure manga.