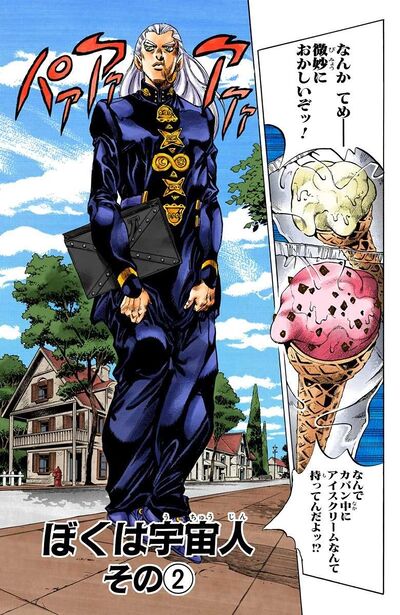 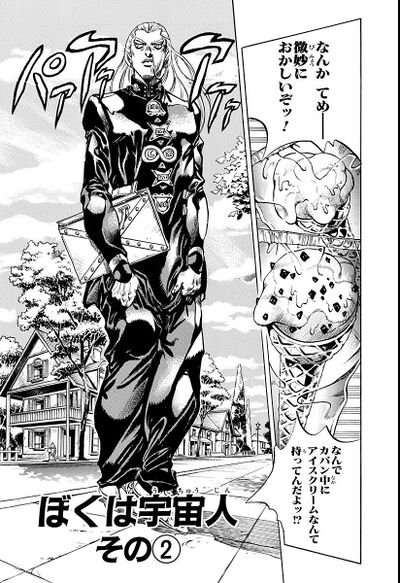 I'm an Alien, Part 2 (ぼくは宇宙人 その②, Boku wa Uchūjin Sono 2), originally Please Take Me There! (連れてってくれ！, Tsuretette Kure!) in the WSJ release, is the one hundred fourteenth chapter of Diamond is Unbreakable and the three hundred seventy-ninth chapter of the JoJo's Bizarre Adventure manga.