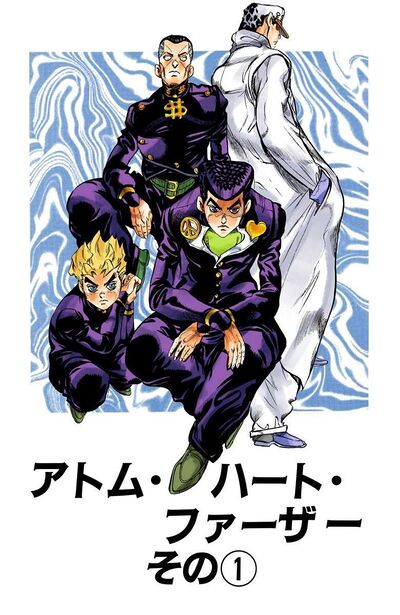 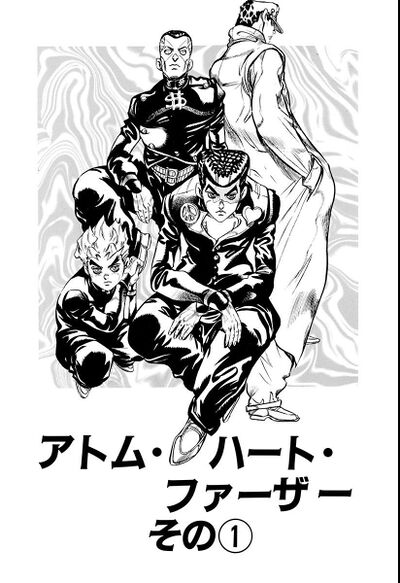 After witnessing the disappearance of Kira, Josuke, Okuyasu, Koichi, and Jotaro go to the Kira Household to investigate to find clues that could help track him down despite knowing he likely wouldn't return any time soon. Okuyasu remarks about how Kira's fridge is strangely normal despite the fact that common serial killers keep mementos, while Jotaro takes Josuke into Kira's inner office. Jotaro takes note of the trophies, all 3rd Place in various school rewards, while Josuke finds the books Kira kept were mostly health based: Health Foods, The Human Body Encyclopedia, and so on.

Jotaro finds an album further in, flipping to a page of Kira when he was attending a 3rd Grade summer camp. Jotaro tells Josuke several facts about Kira, including how his parents were already old when he was born and his father, Yoshihiro, died from cancer when his son was 21, followed by a peaceful death of his mother some time afterwords. Josuke is confused by the fact that Kira grew up happily, and Jotaro states the matter is worse because not only did Kira lack a criminal record, but also hospitalizations, a marriage, close friends or enemies - basically everything that spoke of a man who "tried not to stand out", even at work where he did his job well and yet avoided other people.

When Jotaro comments that he can't find any sign of hobbies, Josuke points out the jars in one of his desk's drawers. The jars are Kira's fingernails, bottled and labeled by year with a notebook and nail clippers nearby. Jotaro corrects himself when he begins reading the notebook, stating that this bizarre activity was his hobby. In fact, his fingernails grow around 7 to 9 cm a year (when the norm is 3~4), but in multiple years all his fingernails grew to the absurd length of 30+ cm. They find a note on the top of the most recent page, stating, "Years where nails grow over 30 cm; Perfect!! Nobody can stop me!"

Jotaro states that what Kira was doing was similar to fortune telling, where he was predicting the best time for murder based on the length of his nails. Josuke comments that his nails reached the 30 cm length not only the current year, but also the year he killed Reimi. At that moment, a camera takes a picture and the flash goes off, alerting the two Joestars of its presence. When the picture develops, it shows a picture of Josuke and Jotaro standing while, in the corner, Kira's father sits in the corner with an odd expression. 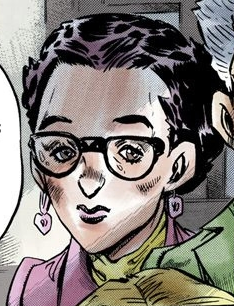