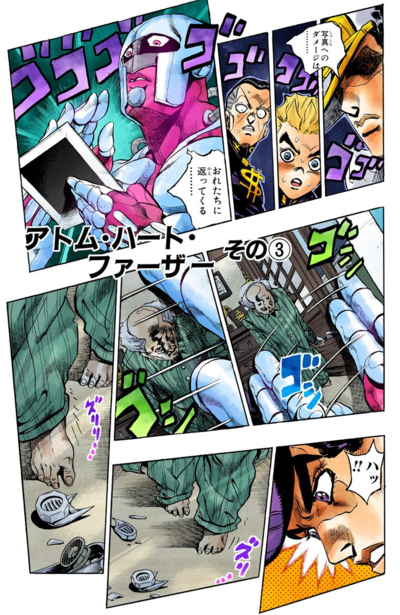 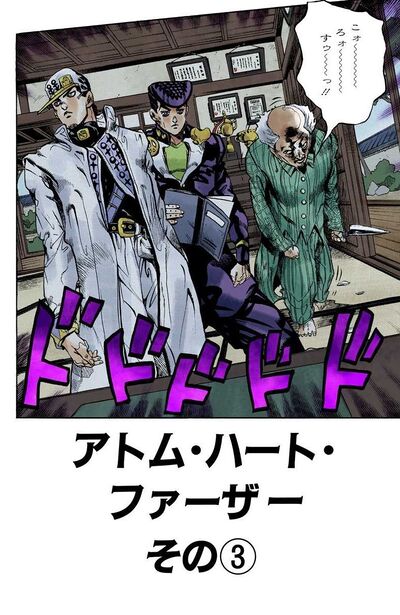 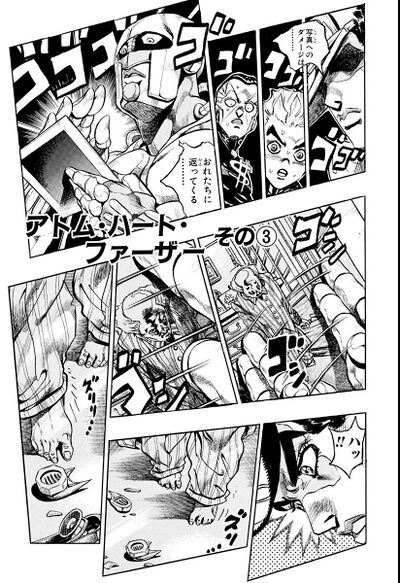 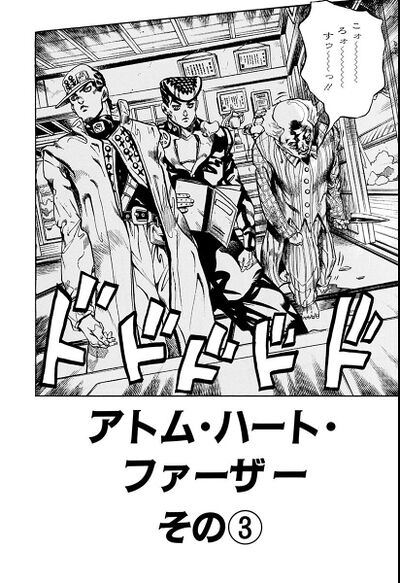 Atom Heart Father, Part 3 (アトム・ハート・ファーザー その③, Atomu Hāto Fāzā Sono 3), originally Within the Photo...! (写真の中…！, Shashin no Naka...!) in the WSJ release, is the one hundred second chapter of Diamond is Unbreakable and the three hundred sixty-seventh chapter of the JoJo's Bizarre Adventure manga.