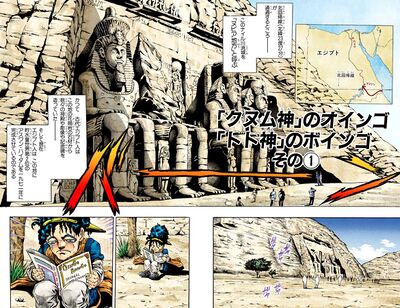 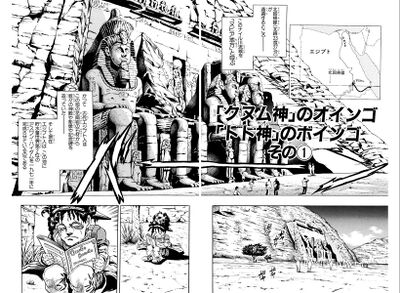 In the Nubia region of Egypt, a strange looking boy named Boingo sits and reads a comic book. Boingo is approached by an older kid, who asks if he could see his comic book as he is an aspiring comic artist and enjoys reading strange comics. Boingo gives him the book, and the kid begins reading. The comic is about two brothers, Oingo and Boingo, and how one day when Boingo was alone he was approached by a strange kid who was very nice to Boingo, but then suddenly died when his neck was impaled by a utility pole. The kid points out how weird yet strangely real feeling the comic is and asks to buy it, but Boingo's older brother Oingo approaches and tells him it's not for sale. After Oingo scares him off, the kid enters a bus, which Oingo proceeds to enter but is stopped when Boingo shows him the comic. Oingo decides that they instead wait for the next bus.

Later, while driving to Aswan the group passes by a bus that collided with a truck, causing passengers to be thrown out of the windows, with the boy Boingo met earlier hanging from a utility pole. On another bus, Boingo notices more pages appearing in his comic book. The comic states that in Aswan Oingo and Boingo will find Jotaro, Polnareff, and Joseph, and they will drink tea that Oingo poisoned. With Boingo's Tohth and Oingo's Khnum, the two brothers are invincible.